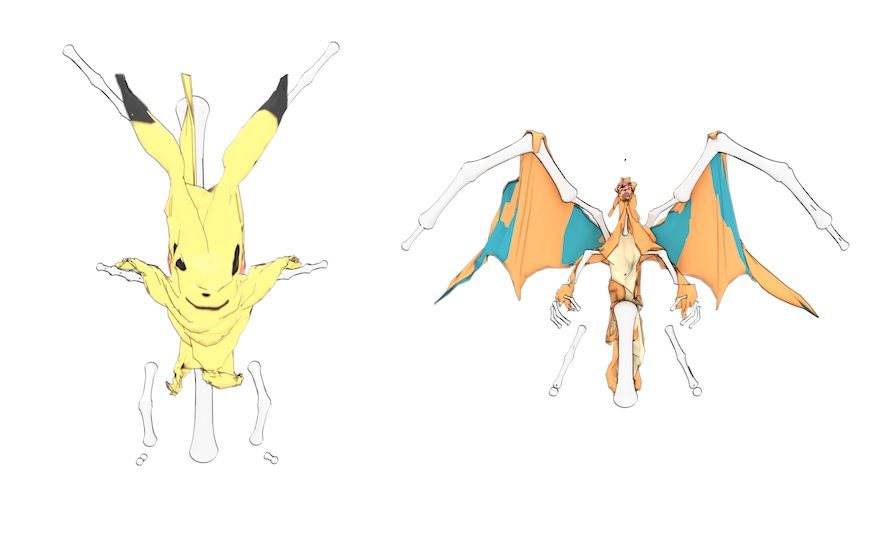 Pokémon don’t have internal organs. At least, that’s what Miles Peyton—a Fine Arts and Computer Science student at Carnegie Mellon—found out when he pulled the skin back on different character models from Pokémon X and Pokémon Y (2013) exposing “skin balloons without flesh or internal organs.”

Peyton told me his project, appropriately named Pokémon Bones, is about how 3D models are just hollow, balloon-like representations of things. Using the site The Models Resource, a community-run website where users upload models and assets they’ve ripped from games, he wanted to look at the armature of each Pokémon, the skeleton that determines how a model will be able to move around. From there, he got creative.

“I’d drape the Pokémon over its bones”

“Normally the armature is invisible,” he explained, “so I wrote a script to replace the invisible bones with visible bones. After I had a visible skeleton, I’d drape the Pokémon over its bones.” The finished product is fascinating, albeit a little macabre. Each Pokémon has its own individually built skeleton, unique to its physiology. Some Pokémon only have a couple of bones, such as Metapod, while others, like in the case of Sandslash (shown below), have more complex structures making up their in-game model. 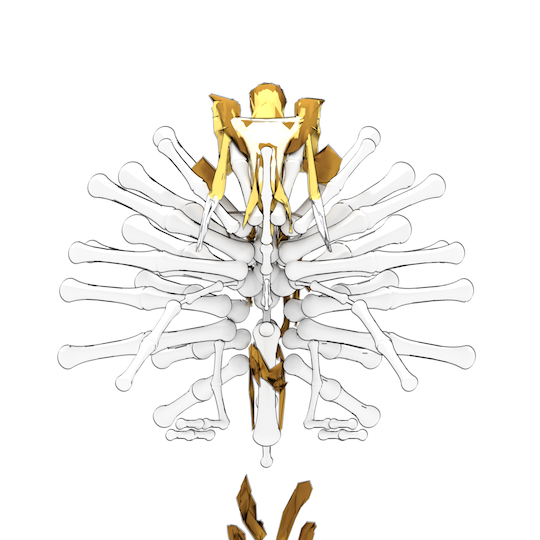 The project, Peyton tells me, was inspired by artists like Brody Condon and Cory Arcangel, both of which have made videogame art using games such as Half-Life (1998) and Super Mario Bros. (1985), respectively. He also cites Michael Craig-Martin’s 2015 book, “On Being An Artist” and his line drawings of everyday objects.

Pokémon Bones isn’t Peyton’s first videogame-inspired art piece—earlier this year he released a piece revolving around Utada Hikaru’s song “Simple and Clean,” the theme from Kingdom Hearts (2002). But Pokémon Bones is his largest project to date, with over 100 Pokémon being featured in the piece. On why videogames inspire his work, Peyton said, “[I] had lots of formative social and aesthetic experiences in game worlds, so it’s kind of unavoidable.”

Currently, Peyton doesn’t plan to do anything similar with other games. He did tell me, however, about an upcoming project he’s working on where he simulates the formation of clouds. He plans to livestream this project in the coming months.