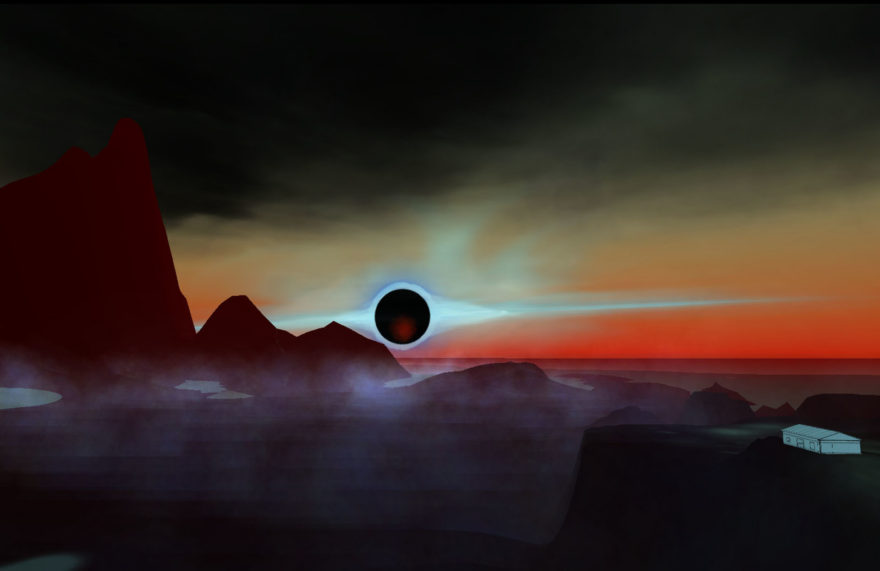 You might not have heard of Aubrey Serr but it’s possible you’re familiar with some of his work. For the past eight years, he’s been a designer over at Wolfire Games, mostly working on the still unfinished Overgrowth—the game with the ninja bunnies—but also helped contribute to the studio’s 7DFPS entry Receiver (2012), which tried and succeeded to install more true-to-life complexity to gun handling in videogames.

Now Serr has given all that up and decided to form his own studio, 12 East Games, and set out to work on a game called Trackless. It’s a game that’ll give you a phone and a destination and let you set out on an ambient journey into the mountains to face a series of trials. More specifically, you play a Seeker in the distant future in search of an artifact simply called The Object, hoping to reveal “the truth behind this monolith.”

there’s already a love for detail on display

Other than walking around, the main interaction in Trackless seems like it’s related to the phone you carry around. You use it to interact with the world, its objects, and the characters using its text input (this is where the inspiration from classic 1980 text adventure Zork shows itself). You’ll also face challenges that apparently make use of your understanding of language. Plus, through exploration and solving puzzles, you’re able to earn currency, which in turn lets you buy updates for your phone and acquire superpowers. You also use the currency to buy your way into new areas.


Admittedly, that’s not a lot to judge the game on, it painting quite a vague picture of it overall. However, there is a trailer (above) and some screenshots that should help along with the process of garnering interest in Trackless—they certainly helped me. What’s intrigued me the most is its world, which Serr says in that trailer is a “strange future inspired by real places and ideas.” There’s not much in the way of clues as to what these places might be, but the screenshots show a pre-production version of a small industrial village in the desert—and I think I see what appears to be some classic Red Rock Canyon iconography populating the backgrounds.

Most strikingly, especially for a game that in its current state is mostly made of blurry textures and scratchy ink drawings (which I hope remain in the finished version), there’s already a love for detail on display. Look at the lights in the library, which have bulbs carried on the backs of small men, as if in homage to Sisyphus. And the electric wires, pipelines, and speaker systems that seem to have been connected to a power station in the background, and from there properly embedded into the environment as if water and electricity needed to actually coarse through them.

There’s a proper sense of cohesion in all these details, as if a magnifying glass has been held up to plans of this settlement when the nib of the pen was committed to the paper. But Serr and his team also show that they can do scale too, pulling the camera back to capture a truly alien horizon, where a dark sun is getting ready to nest into a misty, mountainous terrain. It feels bold, surreal, and belongs to a tradition of sci-fi art that outlasts the generation it was produced in. And that mood is set to be matched by the music, which is being composed by Makeup and Vanity Set, the people behind the glossy synths of Brigador.

Anyway, it’s too early to say anything about Trackless beyond it looking promising. It’s currently on Fig, where $20,000 is being raised to fund the game’s production. You can secure yourself a copy for when it comes out early next year.

You can support Trackless on Fig and find out more about it on its website.