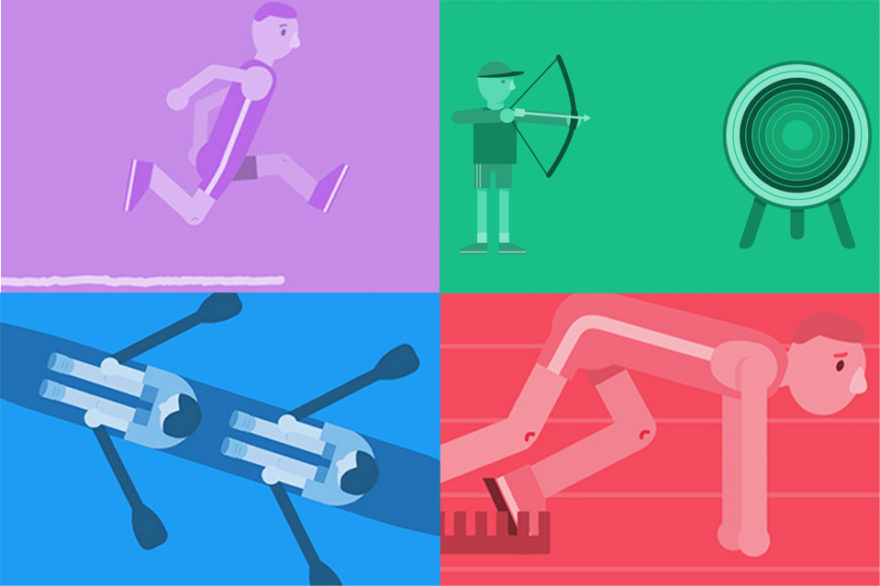 With the majority of the 2016 Rio Olympics now behind us, it’s easy to feel a little inadequate. Michael Phelps has now won more Olympic gold medals than anyone in 2,000 years; Simone Manuel made history on Thursday when she became the first African-American woman to win an Olympic gold medal in swimming; and 19-year-old Simone Biles won three-for-three gold medals in the first week and won her fourth on Tuesday, making her the first U.S. gymnast to ever win four Olympic gold medals.

As Olympians prove their supreme athletic prowess, you prove just how many hours you can sit still in front of a screen, cheering them on from your seat. They tear across the finish line; you tear open a second bag of Cheetos. They bite down on their medals in triumph; you bite down on your Cheetos. In your heart, you know you could wow the crowds like Phelps, Manuel, Biles, and their fellow athletes. You just weren’t given the chance!

Finally, what you’ve been waiting for through all the disheartening medal ceremonies is here: Armchair Olympian, by Stuart A. Thompson and Max Cohen with illustrations by Jessica Kuronen, gives you the opportunity to prove that you could stand toe-to-toe with these world-class athletes without ever leaving your computer. Made up of five different minigames, Armchair Olympian tests everyday skills, such as timing, rhythm, precision, and memorization, that Olympians must master before they can dominate their sport. Experience the excitement and competitive spirit of Rio from home with this simple, colorful browser game that asks you: “Can you become an Armchair Olympian?”

Pick between the five minigames that explore the mechanics of several Olympic sports to learn what is at the core of each one. Sprinting tests reaction time, reminding the player that the athletes in Rio have racked up hundreds of hours training and conditioning themselves for this race, “and their reaction times, after thousands of repetitions, are swift.” Rowing and synchronized swimming test timing, rhythm, and muscle memory, honing your ability to move as one with your teammates. Long jump tests timing and anticipation, and archery tests precision and accuracy.

Of course, at the end of the day, Armchair Olympian is there to remind its players, in an asterisked aside, that “this isn’t real life.” Even if you score better than some Olympic archers (as I did, hitting the bullseye 40 percent of the time), you’re playing an internet minigame while the real deal takes 200 to 300 shots a day practicing for the Games. “Don’t get too excited,” the game advises cheekily.

Find out whether you have what it takes to become an Armchair Olympian here.