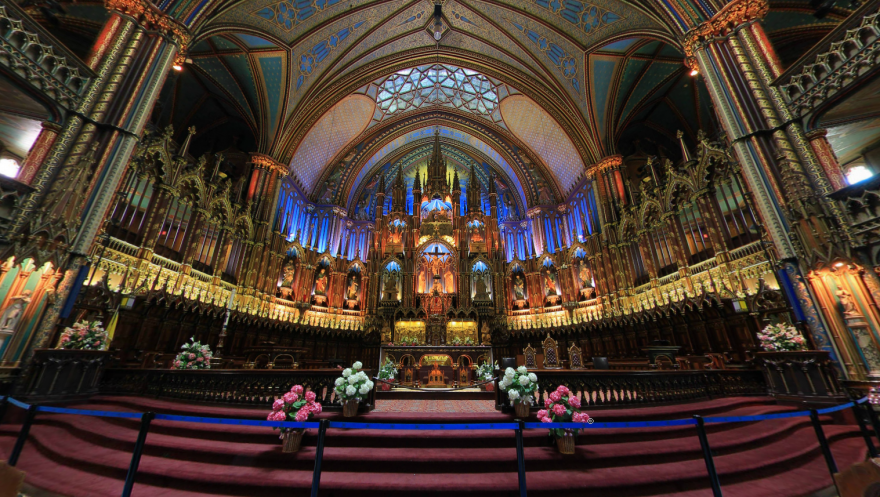 Tale of Tales, the creative duo behind The Path, Luxuria Superbia, and most recently, Sunset, announced in June that they would stop making games—commercial ones, at least. Sunset, despite earning good reviews, was a financial failure according to their blog post on the subject, and at that point, it simply became unrealistic for them to pursue game development the same way again. Enter: Cathedral in the Clouds.

Cathedral in the Clouds is the newest project from Tale of Tales, but there’s no public information on what it is yet. Its Twitter account contains only a logo, a bio that describes the title as “A tale of tales. But not a game!” and a tweet featuring panoramic shots of the Notre-Dame Basilica in Montréal.

It’s unclear whether the “not a game” description literally means that this latest project is truly not a videogame (most likely), or if Tale of Tales is playing with words again.

What I do know is that Tale of Tales says that videogames are like cathedrals—”a narrative environment, an environment that immerses you in a story, in a time. It’s a time machine. It’s made over hundreds of years.” You can read that full interview on GameChurch.