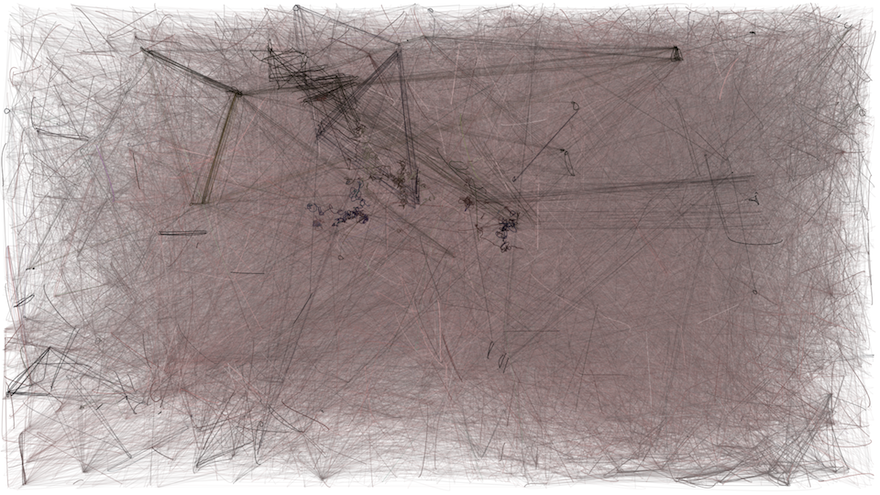 When I watch Annie Hall, I see Woody Allen getting testy with a dilettante who doesn’t like Fellini. But when a computer watches Annie Hall, it sees a series of triangles drawn repetitively on a white sheet of paper. This is just one difference between man and robots.

That’s what I took away from viewing Computers Watching Movies, a multimedia project from the artist Benjamin Grosser, who specializes in using computational systems to create abstract art. We’ve talked about him before. Previously Grosser has constructed robots that paint murals. His latest machine not only translates Woody Allen’s nasal-y voice into artwork, but has also done sketches of Taxi Driver, The Matrix, and, a personal favorite, Inception. Apparently, the computer liked it to, as it’s where the striking sketch up top came from.

If you’d like to see a computer watching a movie (and who wouldn’t?), the creation be exhibited as part of COLLISION20 at the Boston Cyberarts Gallery this month. Popcorn won’t be served, I’m doubting.