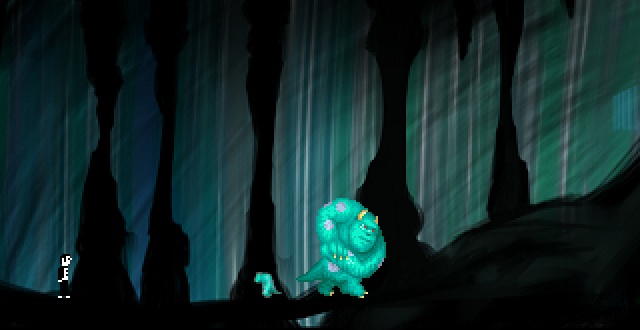 Okay, let’s back up a step. If you read this site regularly, there is an overwhelming likelihood that you are familiar with @petermolydeux, the Twitter entity that has transcended its humble origins as a funny homage to a gaming celebrity; but if not, here’s some Molydology 101. @petermolydeux is a parody of the British game designer Peter Molyneux, who’s most known for designing the game Fable, along with a slew of other games like Populous, Dungeon Keeper, and Black & White that have pushed the envelope on what games can do. As with many creative people, he’s also a little crazy. @petermolydeux is a rapid-fire stream of game ideas that turn up the temperature on the Molyneux craziness thermometer by a few degrees—but not to the point where the game ideas are completely implausible.

Think premises like, “Game in which you must comfort children on a plane who are afraid of flying, game mechanic is similar to spinning plates,” or “Imagine if your player avatar feared you? became anxious if you press the buttons too hard and fast etc?.” My personal favorite is, “What if the pause button was a weapon? Until developers think outside the box we’re going downhill,” because if you have ever played Madden with my little cousin and tried to kick a field goal, you’d know that the pause button can be deadly—he presses that fucker right when you think you’ve nailed the accuracy meter, and then you miss the kick and feel like everything you’ve ever loved is dead. I’d like to think that Peter Molydeux would approve of that sentiment.

The thing that has made Peter Molydeux’s tweets so great, actually, is that his ideas could be real games—if everybody thought a little more outside the box. Last weekend, game jams were held throughout the world to prove just that. MolyJam was slated to be a big deal—Peter Molyneux spoke at the London jam, which was only slightly less big a deal than if Molydeux himself had spoken. Intrepid Kill Screen intern Adnan Agha and I attended the New York event as jammer and reporter, respectively.

A game jam is a weird thing for a journalist. If you’re not one of the event organizers or someone trying to make a game, it can be kind of boring. There is not much to grab onto for reportage: walking around, you see a bunch of people huddled around tables, shooting the shit and typing stuff. Some people are standing; other people are drawing. No one is very interested in talking to you, because they have 48 hours to make a game and every second counts. Furthermore, by Day Two of the New York MolyJam, all but two of the teams had elected to not meet at the Parsons School of Design building where the event was technically being held. But let’s see what Team Adnan and Team Non-Adnan (hereby designated Team Nadnan) were up to.

Team Adnan: When I spoke to Adnan’s team on Friday night, goings seemed slow. They were trying to make a game about a monster that you kill, only to discover its child; but by 10 p.m., the official end of the day, they hadn’t hit on a way to execute this idea. The next day, they’d cloistered themselves in a room in the Parsons building and seemed to be on to something. They goofed off a lot and ate cereal, sometimes with milk and sometimes without, and Vietnamese food, and argued about whether or not leaving milk out for a few hours makes it go bad. (It doesn’t. It just gets warm.) By the end of the weekend they’d put together a perfectly functioning game. As promised, my little knight dude killed a monster, only to discover that on the last screen it had a child. It looked like the blue guy from Monsters, Inc. But watching the monster-child covered in pixel-blood, I felt nothing. I had no idea why.

It’s hard to catalyze thought into action; and what works in your head—and on a Twitter account—doesn’t always work in real life.

Team Nadnan: Unlike Team Adnan, which was made up mostly of friends, this was a team comprised of a few dudes who met at the MolyJam and decided to join forces to make a game together. One of them seemed like a hipster, another didn’t, and the other guys seemed somewhere in the middle of “hipster” and “non-hipster.” At one point during the event, they worked on their game at a McDonald’s near the remnants of the Occupy Wall Street protest. Some of them had professional programming experience, and I think that caused them to get a little too ambitious with their game, which was about a man with a microwave for a head who creates weapons by heating them up.

When I spoke to Team Nadnan, it seemed they had created all of the elements to their game, but hadn’t quite figured out how to program them so that they would interact with each other smoothly. By the time the jam was over, they had ended up with perhaps three-fourths of a game—when I played it, I walked my microwave-man past enemies who seemed unwilling or unable to attack my character, straight to the end of a level to a banner that read, “Stand here and we’ll consider that winning.” This was disappointing initially, but it made me feel bad for its creators. In the microwave man flailing himself at the ground every time I pressed the “down” arrow key, I saw their struggle. In that way, the game felt in line with the Molydeux philosophy. It’s really easy to think outside the box when you’ve built a few holes in it. Also, I ended up giving one of them the number of a drug dealer I know. He asked if I was going to write about that in the article I was writing, and I said maybe.

My original hope for MolyJam was that perhaps Peter Molydeux himself would show up, and I would meet him and ask him entertaining questions and he would probably also give me some advice. This did not happen. Molydeux didn’t show up. It seems that he didn’t (publicly) visit any of the MolyJams. Instead, I was faced with something of a philosophical problem: How to find meaning in watching clusters of people huddled next to each other, designing and coding with the diligence of a pack of hyper-industrious squirrels. A person typing code is a metaphor for nothing. They’re creating a world with their fingers, but you have to trust that it’s happening; because looking over their shoulder at the screen, all you can see is a bunch of letters, until all of a sudden it’s a game.

Asking a person what their coding “means” is like asking a writer what typing means. As much as I love Infinite Jest, I would rather have been gored by a wild boar or been forced to listen to an entire Rush album than watch David Foster Wallace write the thing. This should go without saying, but making a game is hard—both in the actual process of typing line after line after line of working code, and in creating something that also resonates with people. Why was it that I cared more about the unfinished game than the finished one?

The act of creating is inherently weird. It’s hard to catalyze thought into action; and what works in your head—and on a Twitter account—doesn’t always work in real life. Maybe wrenching Molydeux’s ideas out of the domain of whimsy and into the realm of reality through hours and hours of coding robbed them of their whimsy. But if the games that came out of MolyJam are any indication, people love Peter Molydeux enough to keep the disbelief alive.