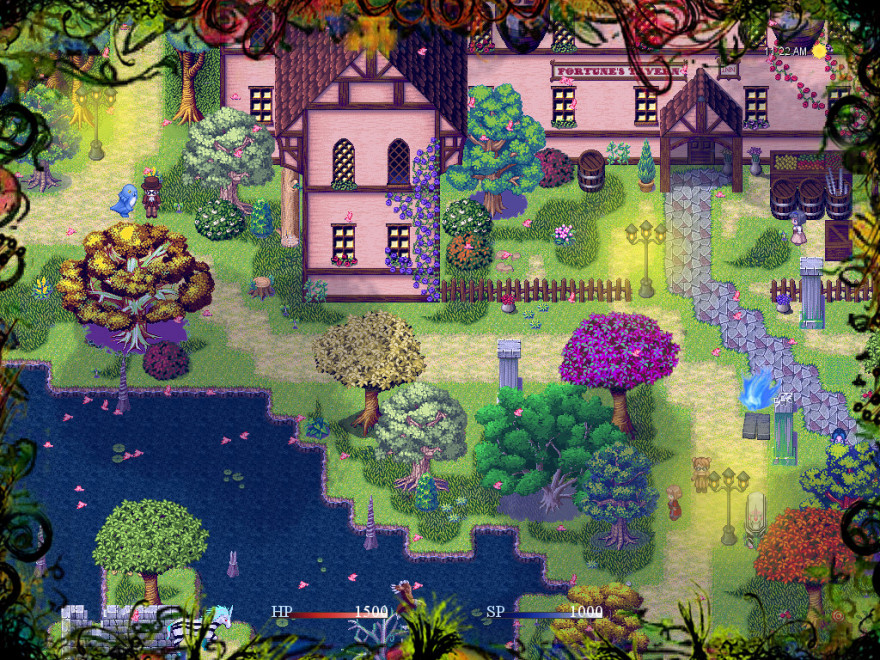 The archetypal watering hole (like a bar, cantina, or tavern) is a staple of the hero’s journey, appearing in everything from Star Wars to Greek mythology. The “bar scene” is often at the heart of our hero’s first introduction to the adventures that lie ahead, or what Joseph Campbell calls “the crossing of the first threshold” into a special new world. The trope is so well-known in fact that J.K. Rowling, being the cheeky author that she is, literally made the entrance into her magical world a bar.

Taverns are where you meet all kinds of colorful characters

Whatever life the hero knew before—like Luke Skywalker’s simple existence on his uncle and aunt’s farm—goes to die at the bar scene. The moment before our hero crosses the threshold into that room of clinking glasses and loud conversation is the last time we see the world as innocent. That’s why bars are such a perfect setting for the threshold crossing: because, as in the real life, bars are where the drunken underbelly of a society goes to congregate. Taverns are where you meet all kinds of colorful characters, both good and bad, who show you the full spectrum of this special new world.

But after the hero comes and goes from the bar scene, what becomes of that tavern? Does it go about its business, or is it forever changed by the hero’s presence? Some YouTube videos might have you believe that Mos Eisley Cantina from Star Wars continues to exist as nothing more than an endless loop of the same band playing the same song once Luke has left with Han Solo. But in the recently released Fortune’s Tavern RPG, we see a different side of the tavern keeper’s plight, as the hero’s journey itself finally comes to stay at the bar scene.

Playing as the most badass tavern keeper in all of RPG history, you must manage your watering hole in the throws of a fantasy-world war. You build your tavern from the ground up, managing its many rooms and patrons, making decisions about whether to help the “good” side (the elves) or the “evil” side (the Lich Lord). By transforming your property and treating the patrons a certain way, you—a humble barkeep—decide the fate of the entire world.

Fortune’s Tavern bares all the regular markers of an RPG: a combat system, looting through dangerous forests, companions of different classes. But rather than doing it all in the name of saving the world, you do it all in the name of good hospitality management. There’s an added human layer to Fortune’s Tavern, too, as you influence your guests lives and relationships through the worldly wisdom that only people who serve alcohol can possess. There’s even a Harvest Moon/Pokemon element thrown in, with magical pet companions which you can upgrade using “genetimagic,” and who require some pretty extensive stable expansions.

“Is it possible that a humble tavern keeper can save the world from itself?” the game asks. “Perhaps even gain his tavern the royal seal of approval? More likely, like his predecessors, he will be driven into madness, poverty, or an early grave!”

No matter what does happen, at least one thing is certain: the most forgotten and unsung hero’s journey is finally getting his chance to shine. With Fortune’s Tavern the tavern keeper is being taken out of the dingy corners of a seedy bar and into the light of a champion’s destiny.

You can buy this fantasy tavern simulator for $8.99 for Windows over on Steam.