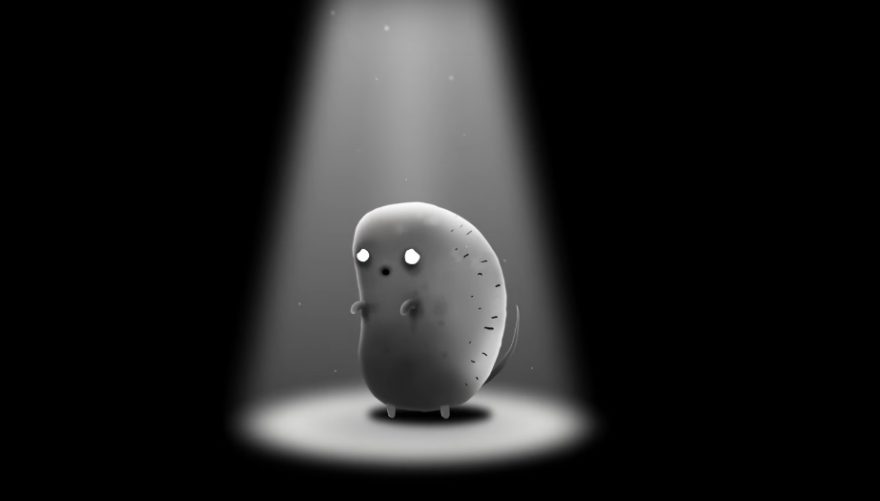 Amanita Design has teased its next game after this year’s brilliant adventure, Samorost 3. It’s called Chuchel and is being created by the team that made bucolic tree-friends adventure Botanicula (2012), including director Jaromír Plachý and the Czech band Dva, who have provided the music. It’s due out in the second half of 2017.

The teaser trailer for Chuchel is in black and white and shows a blobby creature with stubby legs and a tail quivering with fear under a spotlight. The reason for that would appear to be a large, menacing hand that is likely coming to pick it up and do god knows what with it.

Amanita Design founder and creative lead Jakub Dvorský has said that there are more teasers for Chuchel coming very soon (in a few hours). For now, you can watch the one below. UPDATE: The second teaser is now ready to watch—you’ll find it below.

Dvorský told me earlier this year that Amanita Design has currently split into four teams, with each one working on its own project, which explains how they’re able to tease this next game as “coming soon” not long after the release of Samorost 3. That also means you can probably expect more projects to surface from Amanita Design in the future and hopefully won’t have to endure the four year wait between Botanicula and Samorost 3 again.

Chuchel has actually been known about for a couple of years now as an unannounced puzzle game. It was presented with a first look at Anifilm Gameday in the Czech Republic earlier this year and you can see a glimpse of how it plays in this video from the event. But do bear in mind that this is an unfinished version and isn’t representative of the final game.

Look out for more updates on Chuchel over on its website.