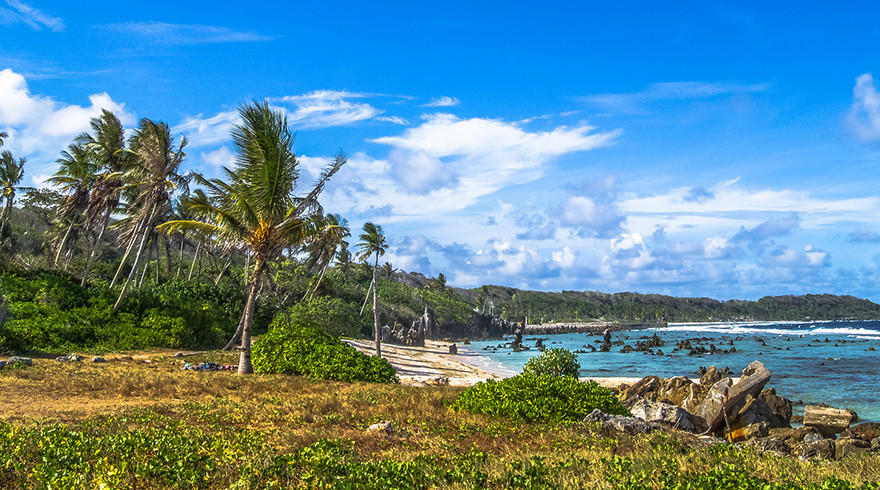 In today’s everything-connected world, an afternoon with an internet outage can feel like a disaster. But explorers like Zoltan Takacs, who do important scientific research on the edge of the globe, make do with disconnecting from technology almost altogether. He argues that explorers need a more rugged, durable, and adventurous class of cell phones and tablets—and when you hear his story, you’ll see why.

Sometimes with little more than a stick for picking up large beautiful snakes, Takacs ventures into remote and isolated locations—including Micronesia, the Arabian Gulf, Brazil, and Peru—in search of venom. This is not a death wish, but a forage to document uncharted poisons that can be used in clinical trials to develop life-saving medications. 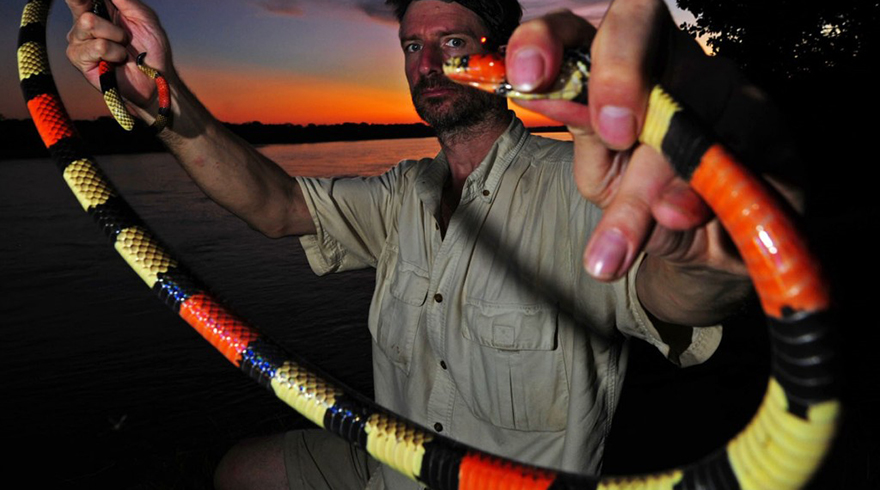 “Toxins are the only molecules in the entire universe. They were designed by nature to take a life in less than one minute. That means they are some of the most powerful molecules in the universe,” he says. Because they are so adept at targeting body systems, they can counterintuitively be studied to help them.

For instance, medicines that treat heart attacks and high blood pressure have been derived from hemotoxins of the Brazilian pit viper, and cobra venom is currently being studied to correct Parkinson’s disease. Takacs’ job is to go into the wild, locate the poisonous insects, jellyfish, and stonefish that contain these toxins, extract it, and transport it back to the lab without contamination.

That’s where having access to modern technology becomes a factor. “It’s actually amazing how little technology you need to survive there,” he says. Yet there are various features on mobile phones and tablets that could prove invaluable to tech-savvy explorers, if only they could use them more freely. An obvious one is digital maps, as Takacs relies on GPS and satellite images to find his way around in the wilderness. Another big one is digital photography, since it’s easy to show images of the snakes he is looking for to the native people that don’t speak English.

However, Takacs says that “it’s really limited what you can do with the mobile phone in the jungle.” This is due to a couple of issues with how these devices are designed for the urban-exploring public. A huge limitation, he says, is battery life. “If you’re in the middle of the Amazon, the battery is going to run out very quickly,” he says, frustrated with how most phones are not designed to stay on for more than a day without charging. “I wish there would be a smart phone where the battery would easily last for a week.”

It’s true that military-grade versions of laptops and notebooks are out there, but they are bulky and immobile, and Takacs needs to travel lightly. On most of his expeditions, he goes in with a couple of locals. They are often carrying only backpacks, so the volume and weight needs to be kept to a minimum. Places like rainforests do not provide the luxury of flat terrain for driving big cars that can transport heavy equipment. Most of their power resources must be conserved for lights in order to see the venomous animals which are frequently nocturnal. So they make do. They rely on solar chargers. “Sometimes we charge it from car batteries,” he tells me. Seldom do they get the opportunity to recharge their electronic equipment from a generator.

For most people, being tethered to a power station while their phone is charging is an inconvenience, but for Takacs it could be a life or death situation. “The best first aid for a snake bite is the mobile phone,” he says. “I’ve been bitten six times, including in the Amazon. I had such a bad allergy that we had to rush back to the hospital. Luckily, we had a phone on standby, so we could call our colleagues.”

“The best first aid for a snake bite is the mobile phone.”

Naturally, there are complications when calling for help in the middle of the forest. Does the phone have a signal in the Congo? Is there anyone within range that can come to get you? If the bridge has been washed away by water or a truck passed over and destroyed it, then you are stuck there. It might be possible to call in a helicopter, or a boat with a large enough engine to go upriver, he says. But for that you need a mobile phone.

Header Image of Micrionesia by Hadi Zaher via flickr