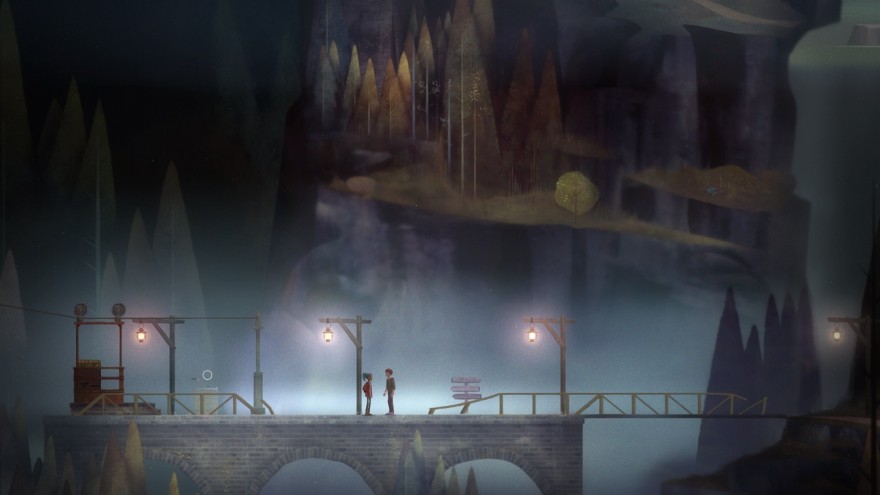 Originally released for Windows, Mac, and Xbox One back in January, teen horror adventure game Oxenfree is now coming to the PlayStation 4 on May 31st as Oxenfree: Director’s Cut. It’ll come complete with a bevy of new features to find in its New Game+ mode, including new dialogue, new areas to explore, and new alternate endings to discover.

While the PS4 version will already have all of this content included at launch, Steam and Xbox One players need not worry, as they will also receive the New Game+ mode in an update on the same day. “Upon completing the story once, players are met at the start of a new game with fresh dialogue choices and a creeping sense of deja vu,” write Night School Studio, the creators of Oxenfree. “With this feature, players will be able to further change the supernatural events of Edwards Island and the spectres that inhabit it.”

The PS4 version will also see new features exclusive to its controller, where players can sync up the colors on their in-game radio with the colors on their controller’s light bar, as well as hear radio broadcasts through the controller’s speakers. “We set out to do something really special for the PS4 debut,” says Night School Studio co-founder Sean Krankel, hoping to please fans who have been waiting for the game to come to the console since its original release back in January. It’ll also have an exclusive console theme that displays scenes from Edwards Islands which change based on the time of day, if you’re into that sort of thing.

Perhaps the most exciting goodie for those interested in the nitty gritty of producing a videogame, players on all platforms will also receive a behind-the-scenes documentary detailing the creation of Oxenfree.

While downloadable updates are common in videogames, narrative adventure games tend not to employ them as often, preferring to move on once their stories have been told. With it’s new Director’s Cut, Oxenfree has an opportunity to expand and remix its world in a way that not only serves to keep the game fresh for old players, but also helps serve as an entry point for new players who might have missed the ferry to Edwards Island the first time around.