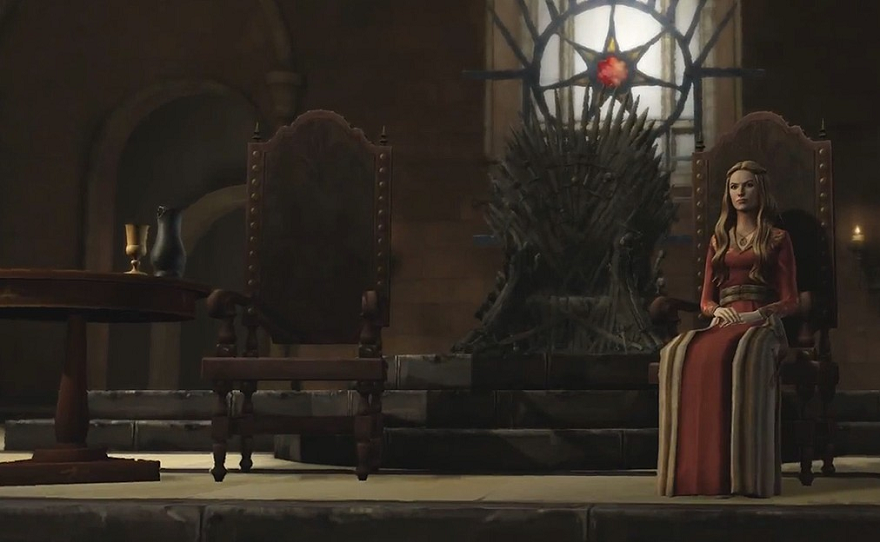 In the world of Game of Thrones, family is everything. It ties people together despite their differences, uniting under the literal banners of honor, loyalty, and legacy. It’s part of why arranged marriages are so important to the people of Westeros—not necessarily an expression of love, but rather a “joining of houses” that serves the mutual benefit of both families. Dragon-owner and aspiring queen Daenerys Targaryen views her dynastic surname as a royal birthright, while everyone else views her as an endangered species, a lone branch sprouting from a long dead family tree. In Telltale’s Game of Thrones videogame series, you see the world of Westeros through the eyes of several members of the Forrester family, a minor Northern house seen falling on hard times in the first episode. What episode 2 makes explicitly clear is that even though each Forrester has their own personal drama and story arc, ultimately you’re not playing as individual characters so much as the family itself.

And as “the family,” you’re heavily invested in self-preservation; a goal that appears ever bleaker the more time rolls on. Episode 2, entitled “The Lost Lords,” picks up immediately after the shocking conclusion of the first, but proceeds to expand the reach and complexity of the Forrester’s relationship with the other families of Westeros and beyond. Former Forrester squire Gared arrives at the icy Castle Black fortress as a reluctant-but-dutiful new recruit in the Night’s Watch: an ancient order of realm protectors that has come to double as a prison colony. Mira Forrester remains in King’s Landing as queen-to-be Margaery Tyrell’s handmaiden, doing her best to balance saving face with subtly advocating for her family’s well-being in court and behind closed doors. The Forresters remaining in Ironrath are scrambling to come up with a plan of action against their recent occupiers, who just happen to be their archrivals, the Whitehills. Lastly, we’re also introduced to Asher Forrester, the long-lost sibling who fled/was exiled from Ironrath after falling in love with a daughter of Whitehill. Asher is a hotheaded sword-for-hire, slumming it in the distant continent of Essos with only his comrade Beskha by his side as they attempt to escape a treacherous mercenary company.

And with the Forresters stretched so thin, any wrong move feels like the one that could close the door on the family’s primary asset—their harvestable Ironwood forests—for good. As such, when the game puts you in a position to make decisions that could stand to benefit the family over the individual it’s difficult to justify picking a selfish option when that potentially makes life more difficult for the rest of the characters whose roles you also play. Now, there may be some “method” players out there who are able to take on Forrester roles with a more honest hand, stealing your friend’s keys and ratting out servants, but this goes so staunchly against the videogame logic of doing all of the correct and honorable things to ensure you get the “best” ending the game has to offer. However, it’s to Telltale’s credit that most of the decision points you’re faced with don’t bear the exact outcomes they may imply. 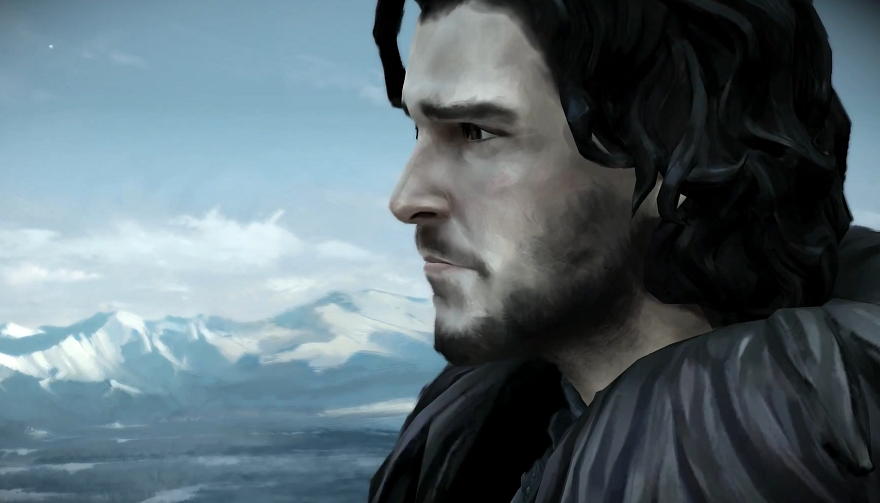 Telltale’s use of multiple protagonists in Game of Thrones is unique within their recent catalog, but also plays with the various points of view presented in the TV and book forms of George R.R. Martin’s fantasy world. In season 1 of Telltale’s The Walking Dead, the solitary protagonist, Lee, is charged with protecting various members of his survivalist group, but you’re never given control of anyone else in a way that could diverge from or directly conflict the choices you make as Lee. Spreading the player characters across the land in Game of Thrones has the added benefit of leaving room for ambiguity between how concretely, say, offering half of the Ironwood forest as part of a dowry in Ironrath effects negotiations in King’s Landing. Even a string of altruistic, good-faith efforts to improve the family’s standing can potentially undercut itself when choices in one location are ignorant to decisions made in a distant city in the scene prior. This contrasts with the TV show and books, where readers and viewers have no agency in the proceedings, but are instead offered perspectives outside of one particular family with one particular family agenda. Telltale’s Game of Thrones leans on players’ existing book and TV show knowledge to flesh out its world as one laden with moral gray areas, but puts you in control of characters that are almost entirely sympathetic, due to their close familial bonds and the general casting of the Forrester family as a “good” house.

In “The Lost Lords,” the gears begin to turn in the decentralized plan to unify the scattered siblings’ and loyalists’ powers and restore the Forrester seat at Ironrath to its former prestige. While their hometown nurses its injuries, Gared, Mira, and Asher are all shackled in some way from an easy return to Ironrath, and they all feel some degree of guilt for their absence amidst the family’s immense trials. Even the youngest Forrester, Ryon, is held hostage by the Whitehills and denied attendance at a Forrester funeral unless demoralizing political terms are met. What has happened to the Forresters is framed as unjust and cruel, and pushes players to similarly unite their protagonists’ agendas under a singular banner. What remains to be seen is whether there is such thing as a redemptive arc in Game of Thrones, or if feebly limping out of a string of unfair compromises is truly as “good” of an ending as Westeros has to offer.