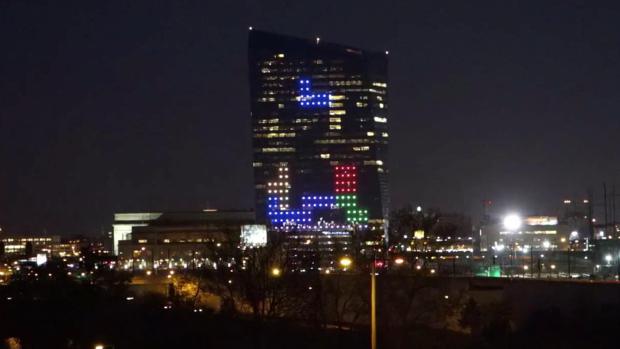 As part of a celebration of tech in Philadelphia on April 4th, the city is hosting a colossal game of Tetris on the side of a staggering piece of architecture. The Cira Centre, which stretches 29 stories into the night sky, will be lit up with familiar falling tetriminos.

Those famous squares, L-pieces, and frustrating “z” and “s” pieces that you never know which way to flip will cascade down the structure, which is outfitted with 1,500 LEDs. The whole thing is programmed by a professor at Drexel University, who last year did something similar with Pong. This around time there will be a IMO much better game playing concurrently on the north and south walls of the building, so wherever your locale is in the city, you can look up and see Tetris pieces raining down, which sounds scary, but also amazing.