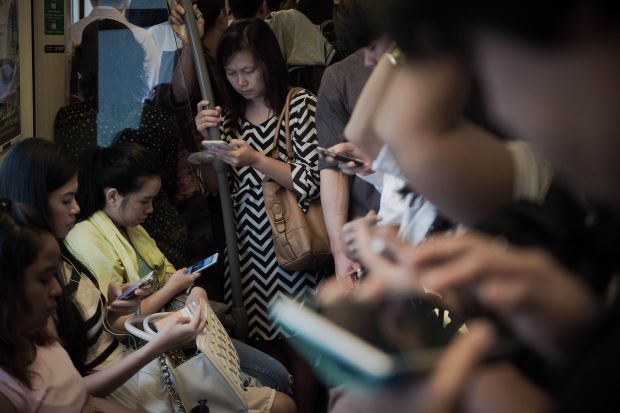 On May 22, 2014, after months of anti-government protests, the Royal Thai Armed Forces overthrew the country’s government, repealed its constitution, and established rule by military junta. It was a momentous event that flew under Western radars by dint of being the country’s 12th coup since 1932. The junta promised an eventual return to democratic rule, but on the coup’s second anniversary there is little reason to expect a handover to civilian power any time soon.

All of which is to say that you have to look really hard for good news from Thailand. And Venture Beat, a reliable source on the affairs of modern capitalism’s pond scum, has done just that. “The great thing about having a military coup is that people spend a lot of time at home,” VentureBeat quotes Playlab CEO Jakob Lykkegaard Pedersen as saying. “So they can play a lot of games. Instead of going to the theme park, you stay home and spend money on mobile games.”

political systems do affect the experiences of people who play games

Pedersen, who was speaking at the Casual Connect conference in Singapore, was hawking a game that needs an additional SEO boost from these parts. It involves smashing bright, cheerful things into each other on a phone, and that’s really about it. (Pedersen, according to VentureBeat, moved to Thailand so he could start his own company. Who said coups aren’t good for some people?) Anyhow, by virtue of Pedersen’s pitch, the game channels the weaselly spirit of Donald Rumsfeld even more effectively than the one Rumsfeld has been shamelessly hawking in recent months. It’s the kind of nonsense you’d expect from the walking Faustian pact better known as Henry Kissinger.

In the interests of fairness, however, let’s try to find something decent enough to say about Pedersen’s point. His business calculus is morally irredeemable, but it’s not wrong to note that political systems do affect the experiences of people who play games. In his essay on games in Venezuela under Hugo Chavez’s rule, J.D. Lopez notes that the price of games soared during the leader’s 14 years in charge. (This market distortion, it should be noted, was also affected by a law outlawing most games.) Developers are not wrong to expect these sorts of occurrences. Thailand, by the by, “has become more militarized than we’ve seen in any contemporary period,” says Thitinan Pongsudhirak of Bangkok’s Chulalongkorn University.

The people of Thailand deserve better representation and, if it’s too much to ask, they could also do with better games to play than Pedersen’s while they wait.