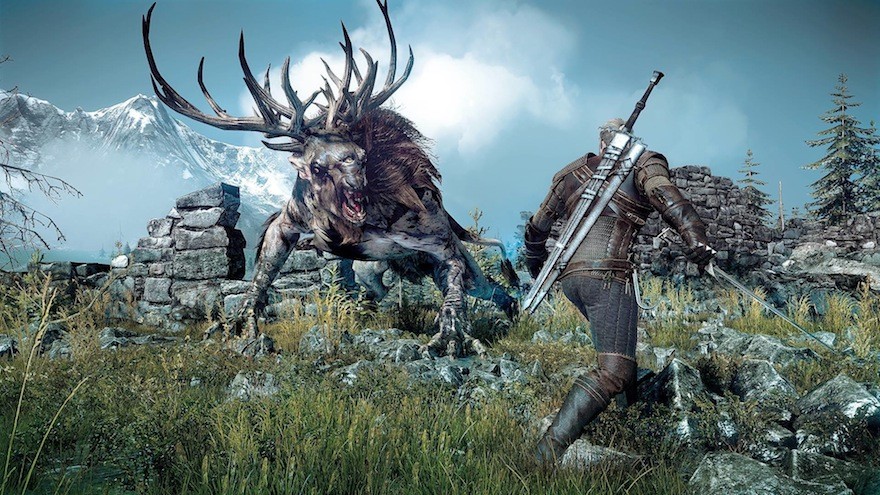 The world of The Witcher is an uninhabitable continent with mutated reindeer and white-haired barbarians. And coming later this year is The Witcher boardgame, which is based on all of that stuff. The game is for four players and is a collaboration between CD Projekt Red and Fantasy Flight Games, so it should be excellent. It’s cool that videogames are starting to get these thoughtful tabletop accompaniments, as we’ve seen also with the Bioshock Infinite: The Siege of Columbia boardgame, which didn’t just rely on the license, but was a solid boardgame on its own merits.

Frankly, a game based on a game is a much better option than the serialized “novelization” and comic-book-ification bullshit we get from other popular titles. Not to name any names, but Halo. A book tends to reduce games to generic, ridiculous sci-fi and fantasy plots. You can see in the trailer below that The Witcher boardgame has more than its fair share of wizards and warriors, but, because it’s a game, it doesn’t miss out on why we play these things in the first place. It’s not because we are Nordic scholars who need a break from our dissertation on visigoths (no offense to Nordic scholars), but to be challenged, to be creative, and to be there. The Witcher boardgame lets us keep that.

The original headline for this post, “Thank god we’re getting a Witcher boardgame instead of some terrible high-fantasy books,” implied that there weren’t already in fact some very good Witcher books. There are. The new headline reflects our actual point.