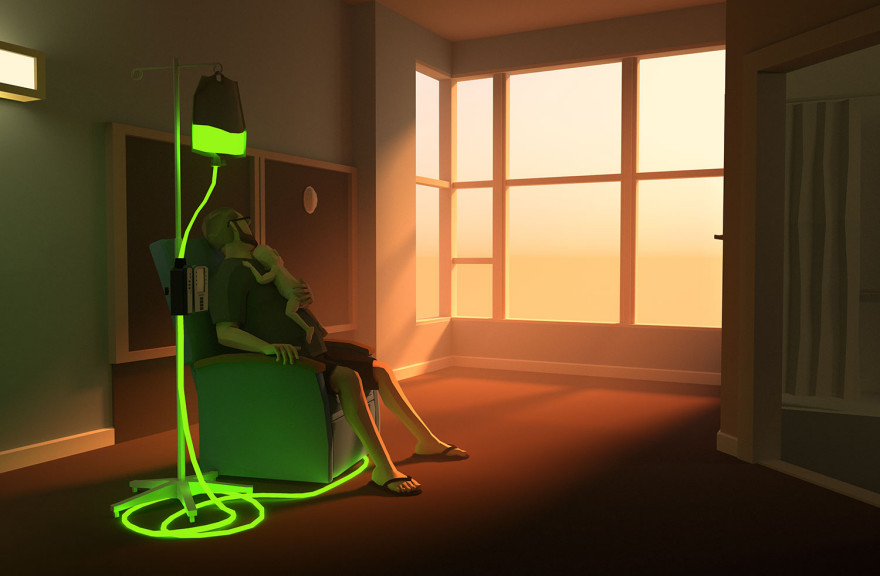 A lot can change in three years. It was back then that the Green family and the small team with them started production on That Dragon, Cancer—a heartfelt videogame that passes through interactive vignettes like a dream, depicting the family’s journey with baby son Joel as he battled with cancer. He was still fighting it back then, Joel, that is—still alive and under the care of his parents. The story around the game changed when, in March 2014, he passed away. But he is not totally gone from this world, living on in the memories of those who loved him and inside the game about him: his voice, likeness, and personality permeate.

The other significant change across that time is That Dragon, Cancer now being finished. It even has a release date. On January 12th, 2016 it’ll be out on the Razer Cortex Storefront for OUYA and Forge TV, and on Windows and Mac through Steam and a Humble widget. You can pre-order it at $14.99 right now over on its website.

“Everybody has a Joel”

Although That Dragon, Cancer is based on reality—sometimes distressingly so, like a scene in a hospital at night when Joel relentlessly cries hurt into the air—the Green family have asserted that, in some way, it’s about all of us. Cancer has affected the majority of us in some way. Most of us have known loss. And so it’s a game that, yes, is about a specific family, but you’ll likely be reminded of your own loved ones and hard times while playing.

“Everybody has a Joel,” father Ryan Green told us at Two5six earlier this year, “so this becomes a memorial that we get to put out there for people to walk through and for it to hopefully add to their lives. My hope is that people will feel like this experience added rather than took away from.”

You can pre-order That Dragon, Cancer and find out more about it on its website.