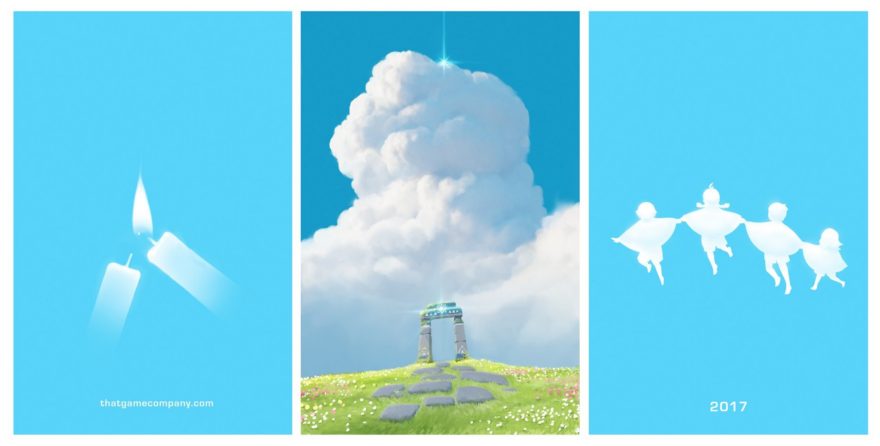 Thatgamecompany has teased its next game after Journey (2012) with an image and the promise of its arrival in 2017. It’s also been confirmed that, unlike thatgamecompany’s previous three games—flOw (2006), Flower (2009), and Journey—it will not be exclusive to PlayStation platforms.

The teases came yesterday on the studio’s Twitter account and a blog post. The first was an image of a lit candle about to light another one, with the words “a game about giving” accompanying it, as well as a link to a new Twitter account specifically for this new game, @thatnextgame. That account’s profile description also tells us that it will be a multiplayer game available on multiple platforms, and has a score by thatgamecompany’s audio director Vincent Diamante—that’s not the same composer of Journey‘s score; that was Austin Wintory, if you’re wondering.

a magical-looking square arch made of stone

The second image was a silhouette of four children holding hands while seemingly skipping along. The third and final image seems to either be concept art or a screenshot showing a magical-looking square arch made of stone, with a glowing shape on it. There’s also a strewn path of stones leading up to it, and a big emphasis of the image is the blue sky and clouds, at the top of which is another glowing shape that seems to have some line of communication with the square arch.

That’s all the details on this next game from thatgamecompany for now. It should probably be noted that while this is the same studio that created Journey it is not quite the same team. Jenova Chen, the director at the studio remains, but producer Robin Hunicke left to work at Funomena on Wattam, designer Chris Bell departed to work on What Remains of Edith Finch with Giant Sparrow, and lead artist Matt Nava formed the studio Giant Squid and released Abzû earlier this year.