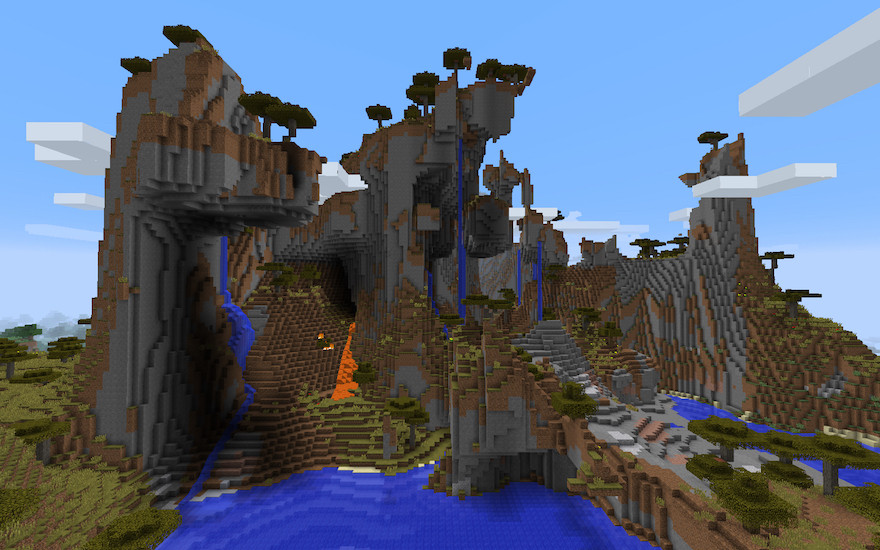 Somewhere in Microsoft’s New York offices right now, an artificial intelligence is busy repeatedly trying and failing to climb a hill in Minecraft (2011), as if a modern day reenactment of the Sisyphus myth. This AI is being watched by a team of five computer scientists, and its many deaths are being meticulously recorded. Its name is Project AIX, and it’s part of a new open source initiative from Microsoft to advance not only games, but artificial intelligence as a whole.

It’s a project not dissimilar to the one going on at Germany’s University of Tübingen entitled Social Mario, the concept of which is simple: use the familiar world of Nintendo’s Mario series to create artificial intelligence that learns by observing and imitating each other. Like Social Mario, Project AIX also makes use of videogames to teach AI how to learn. But whereas Social Mario is based around a monkey-see, monkey-do approach, Project AIX is more akin to pushing a baby bird out of a nest and hoping it can fly.

As of now, Microsoft’s researchers have placed Project AIX in control of a character in Minecraft and asked it to climb the highest hill it can find. However, as Microsoft writes, “The agent [AI-controlled character] starts out knowing nothing at all about its environment or even what it is supposed to accomplish…It needs to endure a lot of trial and error, including regularly falling into rivers and lava pits.” The hope is that after enduring enough pain, the AI will eventually learn to avoid obstacles entirely on its own, without having been programmed to do so by its human creators. Additionally, the team feeds it incremental rewards when it does well, so it knows to continue that behavior. The result is a cycle of negative and positive reinforcement that’s meant to mimic how humans learn in the real world.

mimic how humans learn in the real world

There are two key benefits to doing this research within Minecraft. First, it means that researchers don’t have to build or repair a real robot and instruct it to climb a real hill every time they want to test their AI, saving time and money. Second, the project can be made open source, allowing programmers of various skill levels around the world to develop artificial intelligence on their own.

While Project AIX has currently only been released to a small group of researchers through a private beta, Microsoft plans to release it to the public as a free open source application this summer. The idea is to give the project the lowest barrier to entry possible, and it is promised to work with Windows, Mac, and Linux, as well as whatever programming language is preferred. Additionally, Microsoft emphasizes that although the tool is associated with Minecraft, “the platform is intended for research into various forms of artificial intelligence and is not a consumer product.”

Along with Social Mario, Project AIX demonstrates the capability games have to improve our everyday lives, even for those who have never held a controller. You can find out more about Project AIX over on Microsoft’s website.