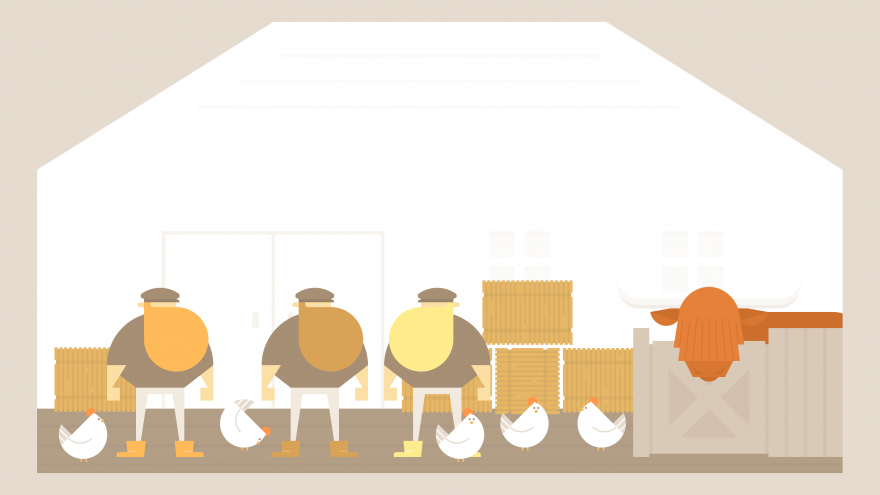 Who says burly can’t be cute? Certainly not David and Brooke Condolora, the husband and wife team that make up Brain & Brain, the brains (ha!) behind Burly Men at Sea, a Scandinavian folklore adventure due out soon on Steam and iOS. Though there’s still no word on an official release date, their newly released trailer serves as a reminder of the soft, minimalistic style and funky character animations that caught our eye in the first place.


David and Brooke Condolora have spoken frequently about the roots of their inspiration. They borrow heavily from scandinavian folklore in both story and style to offer an experience that looks and feels more like a storybook than a game. However, what makes Burly Men at Sea different from the heaps of illustrated books my dad read to me as a kid is that you get to control the path the story takes. Through a frame-shifting mechanic (a slightly more sophisticated cousin to a traditional point-and-click), you get to choose what adventure these bearded characters take through a branching narrative, resulting in a different experience each playthrough. It’s all this that has attracted Indie Fund to invest in the game.

With all its promise of mythology-filled exploration, Burly Men at Sea certainly has the same ingredients of many larger adventure games. But, like Brain & Brain’s previous release Doggins, they’re promising “a quiet adventure.” This time their vision has manifested in cute burly men, who themselves are just as visually offbeat as the premise of their quiet world. “We decided to make games for people like us,” said David Condolora, “People who want a slower, more thoughtful experience.”

You can find out more about Burly Men at Sea on its website.