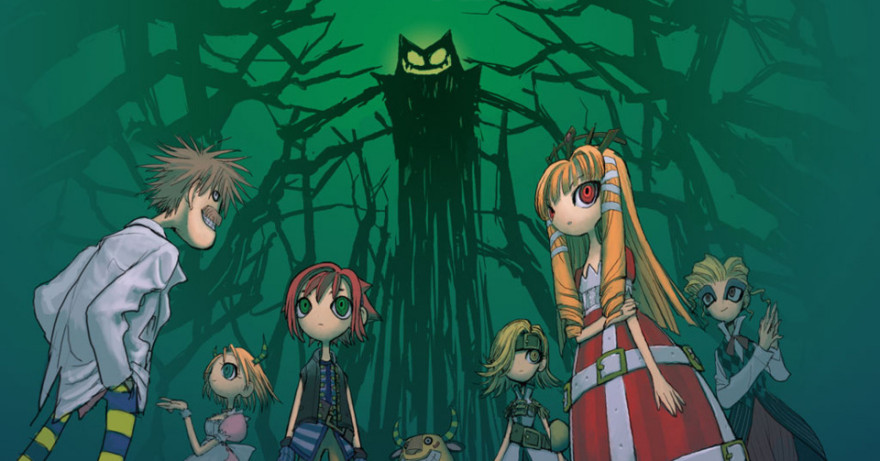 Okage: Shadow King (2001) was always the game that barely slipped away. The game Hot Topic would have capitalized on, had it discovered it in time. The game I (now regretfully) sold as a teen for store credit to put towards buying a PlayStation 3. Yet now, despite the odds, Okage is back. When it was announced a few days ago that Okage was coming to PlayStation 4 through the platform’s PS2-to-PS4 emulation, my brain tickled with fond but long-forgotten memories of the cult classic that never entirely faded away.

Okage: Shadow King is a strange title among its genre’s console-cousins. Okage didn’t boast an addictive, crafting-heavy system like in Level-5’s Dark Cloud II (2003). It didn’t transport the player into magical, nostalgia-laden worlds like in Square’s Kingdom Hearts (2002). Instead, Okage probably rests most comfortably alongside something like Atlus’ Persona 3 (2006), a similar game in dark mood alone (even if Persona takes itself a bit more seriously). Okage: Shadow King accomplished something striking in the overcrowded golden era of PS2 JRPGs: it was wholly unique. 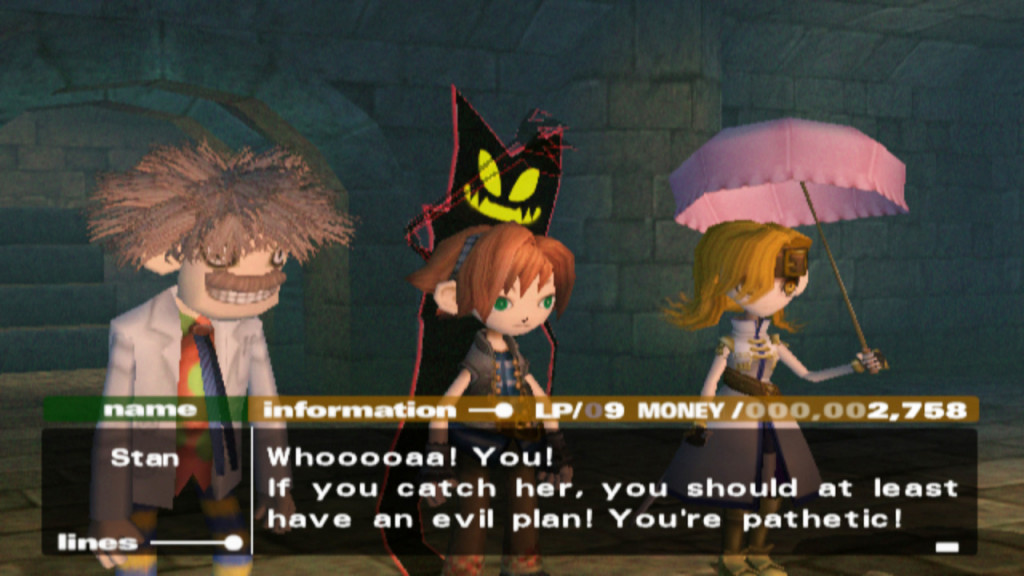 Okage: Shadow King is a JRPG with pure Tim Burton sensibilities. Its characters are thin, tall, and long-limbed. Their eyes are large and round, gazing from sleep-deprived, dark sockets. Even the game’s protagonist, Ari, is described as being quite literally “overshadowed,” a character whose overtly timid personality one would think was lifted right out of Burton’s own Edward Scissorhands (1991). Ari is quiet and average in almost every sense, and barely slinks along in life. In a bid to save his sister’s life after she falls victim to a curse—and with the prodding of his family—Ari allows his shadow to be possessed by the Evil King Stanley Hihat Trinidad XVI (or Stan, for short), when Stan promises to help. After saving his sister’s life, the rest of the game follows Ari and his newfound shadow-master Stan, as they embark on an adventure to defeat the other Evil Kings so that Stan can rightfully rule the world.

Okage accomplished something striking in the golden era of JRPGs: it was wholly unique

The game only grows more unwieldy from there, as Ari and Stan meet a host of memorable, quirky, impeccably-designed characters. Some end up joining Ari’s group, some don’t. Nonetheless, they all exist in a dreary, bleak world—but with a sense of humor, at least. Okage: Shadow King has more personality and style than most JRPGs, and that alone should be reason enough to give it a shot.

If you too are fiending to hang out with a cool shadow named Stan, Okage: Shadow King is now available on PSN for $9.99.