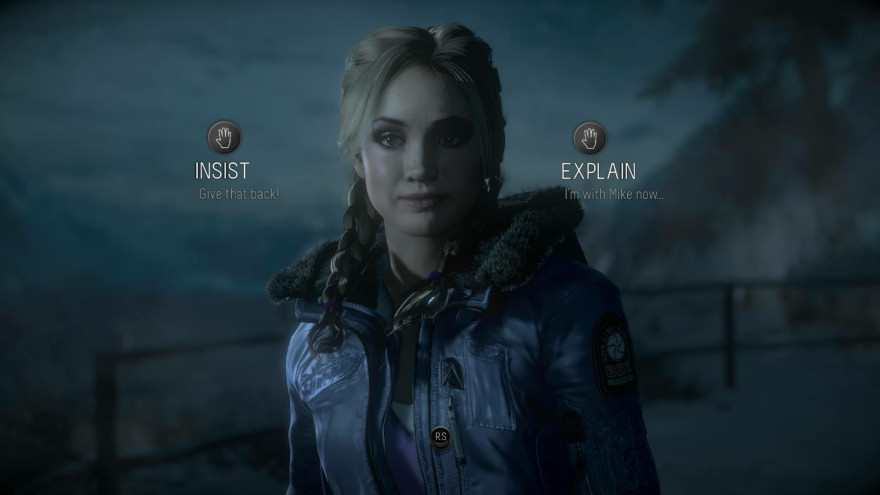 Sometimes, a big budget game comes along that, despite an almost Duke Nukem Forever-esque level of development redos and challenges, finally reaches your videogame system only to impress rather than disappoint. It’s so rare that it almost feels like magic when it happens. But the question is: how come a game like Until Dawn—originally created for the PS3 and with the expressed intent of tricking you into believing Playstation Move wasn’t useless—transforms into a beautiful butterfly while games like Duke Nukem Forever turn into steaming piles of shit? It must be those fickle videogame gods at it again, arbitrarily deciding who goes to heaven and who is Duke Nukem Forever.

Of course that isn’t how it works. And sometimes you need a fellow videogame designer to dissect exactly what is responsible for the difference. Which is where Thomas Grip, creative director of Frictional Games (the makers of SOMA and Amnesia: The Dark Descent), comes into the picture. Recently, he investigated the surprising awesomeness of Supermassive’s Until Dawn.

In an essay published on Frictional’s devblog, Grip dissects the design choices that make Until Dawn great, and explains how it could’ve failed if those moving parts didn’t work in tandem withe each other. Calling the game a B-movie horror that, through an admirable level of sincerity and finesse, manages to be “the best B-movie possible,” Grip notes how Until Dawn knocks it out of the park tonally because it “takes itself just seriously enough for you to overlook the sillier aspects yet still feel emotionally invested in the fates of the characters.” (Something which, by comparison, might’ve saved a game like Duke Nukem Forever.)

But despite its excellent narrative setup, Until Dawn still had the infamous “interactive movie” genre to help it fail miserably. Yet while creators like David Cage have spent almost their entire career making an argument against the interactive movie, Until Dawn implements small mechanics that show a path forward for an otherwise uninteresting conceit.

Grip largely attributes Until Dawn‘s success to the Multiple Deaths System. A huge amount of the tension derives from a few devices that make the player feel like each of the eight characters she controls could die at any moment if she misses a button press or acts too rashly. Multiple Deaths Systems aren’t new to the interactive movie. But, by contrast, titles like Heavy Rain relegate the life-or-death moments to a few scenes while Until Dawn keeps it alive throughout every second of the game.

While Grip admits that branching narrative games like Telltale have largely begun to wear on him, Until Dawn switches the metagame of the decision-making mechanic just enough to make it engaging again. Since branching narratives usually collapse quickly, ” your choices are more about pondering the decision, and less about the outcome.” Meanwhile in Until Dawn, even the minor Quick Time Events feel like a life or death situation, weighing down mere button presses with dire consequences. As Grip points out, it’s a system that’s “close to optimal for a horror game” where characters are expendable.

Another stroke of brilliance lies in Until Dawn‘s collectibles. Instead of being fluff, the totems scattered around the game—which give brief glimpses into possible outcomes for characters—are not only narratively-sound, but also integral to making the player feel like a proactive agent rather than a reactive pawn in a narrative they don’t control. “This forecasting gives the game a certain sense of strategy and forces you to consider current events more carefully,” as the player tries to guess plot-points which in turn complicates her decision-making process.

“The ability to make plans is part of what it means to be human,” he explains, “and there are good reasons to think it’s one of the biggest reasons for us developing a consciousness.” Games naturally tap into that human impulse. But often times narrative games struggle to maintain the illusion, and end up feeling like the player is merely along for the ride. Until Dawn also rewards players for paying attention to its story. Since “knowledge of the game’s lore can help you survive situations,” you’re rewarded more control the more you explore the world.

Finally, Grip attributes the gorgeous environments in Until Dawn to the final trick up the developer’s sleeve. “You start up in the forest, then go to the swamps, then to the mountains and finally you arrive at the castle.” It’s what grip calls a “Super Mario way of location progression,” and keeps everything fresh and exciting.

Though Until Dawn is a great addition to the interactive movie genre, Grip also concedes that its biggest flaws are inherent to this style of game. There are still plenty of dead end choices and cutting corners in terms of impactful choices—not to mention that the glut of cutscenes can sometimes make a player feel like an observer rather than a participant.

But Until Dawn just goes to show how effective a few key design choices can be in making a game soar rather than flop. The magic we attribute to games design “lies in controlling the player’s mental model of the game. That is how they perceive the game’s virtual world to work, and what aspects that become most important in shaping how decisions are made and emotions evoked.”

While there are many issues with the narrative game format as a whole, “they keep pulling me back,” Grip says. Though some might claim the narrative game (or interactive movies) lacks a sense of playability, they also “lack the fluff that that is so common in other games. The uninspired shoot-out sections that are obviously just there to make the game longer.”

While these design issues continue to persist in games like Until Dawn and even arguably Frictional Games’ own SOMA, it’s clear that magic won’t be what solves it. Instead, it’ll be the inspired choices of a game’s creators. Because if this a design problem, then surely that also means there must be a design solution.

You can read the full essay here.