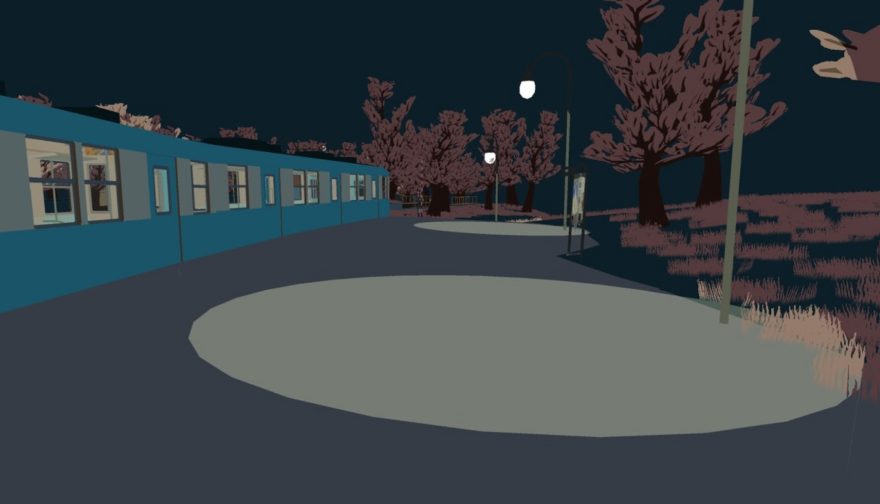 From the creator of Lieve Oma—the game where the only fail state is disappointing your grandmother—comes an unfinished game about traveling on a train. The Endless Express is a continuation of a 2014 game jam entry in which your character falls asleep on the train, and then needs to find their way home.

It’s a game that manages to capture the feeling of being lost as a traveler through a series of peculiar creatures, an intern-made schedule, and the light swaying momentum of the train itself. The unfinished corridors of the train stations, the untextured boats in the distance of a far-off lighthouse feel unintentional and incomplete, but they also look as though they have been drawn from memory rather than extracted from reality. It’s a fitting effect.

Hence, with its future uncertain and full scope unrealized, The Endless Express has the feel of a half-remembered dream. You can easily fall off the map or the train into an endless abyss, where the only thing in your line of sight are train tracks reaching out into nothingness. Even when you’re not descending uncontrollably, there are plenty of oddly profound scenes to discover, such as a teenager and their hot rod waiting outside of a boarded up gas station, insisting they’ll go for a ride when the station opens up. A frog-like creature sits on top of an empty lighthouse over a near-empty sea, and talks about going home. It’s delightful and surprising in the best way.

The art, which seems a combination of the Lieve Oma aesthetic—pink trees in blossom, nature against a solid-colored canvas—and something a touch more surreal and is lovely, there’s no better word for it. And even if you have no interest in finding your way home you’ll always find something else to look at, to pull you in some other direction.

If you’re interested in further discovering the archaeology of incomplete games, you can check out Emily Short’s “Bring Out Your Dead,” which allowed developers to submit their unfinished works.

You can find out more (and play) the Endless Express over on itch.io.