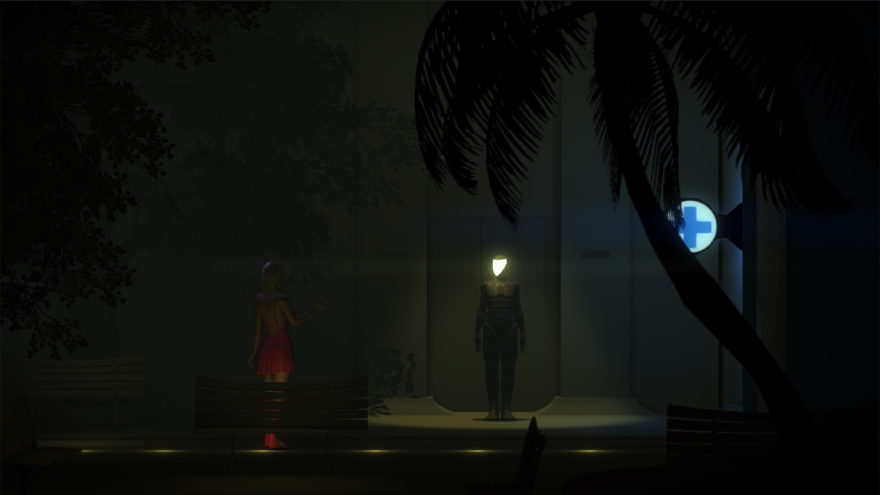 We were exposed to the first part of the sci-fi videogame trilogy The Fall over two years ago now. It’s about time some more info on the second part arrived—and that it has, and with a trailer to boot. You can expect it to arrive during first quarter of 2017 on PlayStation 4, Xbox One, Wii U, Windows, Mac, and Linux.

The Fall Part 2: Unbound, as it’s called, will continue the journey of ARID, the AI onboard a high-tech combat suit that players will control. The trailer for The Fall Part 2 picks up right where the first game left off, with ARID laying on the ground, left with a single note—“You have to fall to pick yourself back up.”

That quotation may be a bit of an obvious allusion to the game’s title but there’s a little more to it than that. The Fall Trilogy focuses on the feeling of falling. This could mean any number of things, from literally falling into space to reaching the rock bottom of life, where the protagonist squanders until they, yes, pick themselves back up. This is a common trope in film, from pure dramas like Requiem for a Dream (2000) to comedies like Anchorman (2004). Throw in some AI elements like Ex Machina (2015) that already seem like they’re part of our reality and you have the feeling portrayed in The Fall Trilogy. It’s all about forcing your character to get back up when they’re down, even when that seems like the wrong choice to make.


Besides the assumptions that ARID is safe (for now), the team at Over The Moon Games has said that their primary goal with The Fall Part 2 is to “kick [their] story integration game up a level or two” to hopefully make every move players make meaningful. On top of that, they will be answering directly to critics who claimed the controls of Part One were a bit too difficult with a revamped control scheme. The idea is to have the controls more closely mimic inspirations such as Super Metroid (1994) and Castlevania: Circle of the Moon (2001). It’s said there will also be plenty of point-and-click puzzles similar to games like Grim Fandango (1998). Finally, the team promises more “weird shit,” which is right up our alley. How can you not love pondering what that means?!

You can find out more about The Fall over on the creator’s website.