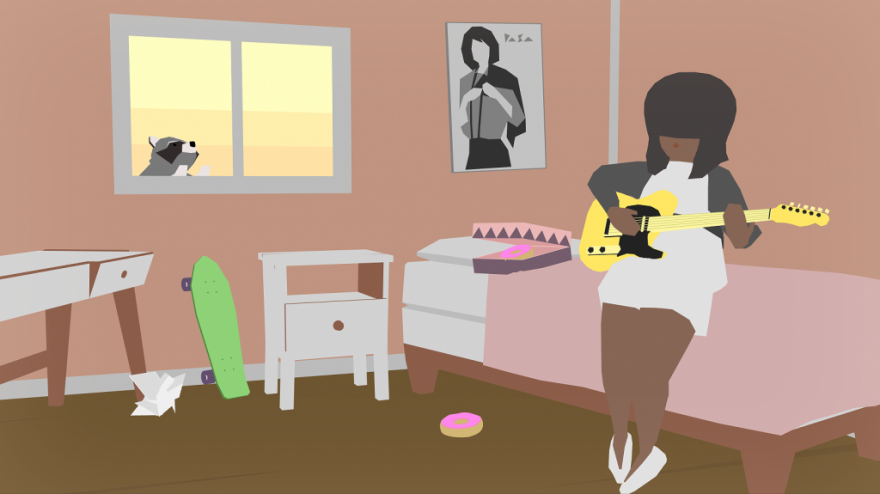 Our upcoming print reinvention is going to zero in on the creators we love and their current projects. Three of our favorite upcoming games are from independent Los Angeles-based developers doing exciting, diverse work that nonetheless shares strong aesthetic vision full of pixels, pastels, and bold geometry. They take inspiration from LA’s cinematic history, its geography, and their local hangouts in ways both obvious—the heist hijinks of Quadrilateral Cowboy—and subtle—the way that LA’s growth has erased much of its history inspired Donut County. You can look for more in-depth looks at the developers when our magazine launches next year.


Heart Machine’s Hyper Light Drifter is an action game set in a gorgeous pixel-art fantasy world where everything is out to kill you. It’s a mysterious, hostile wilderness painted in hot pink and teal—even the text is in indecipherable alien hieroglyphics.

The action is tight and snappy; a Drifter cabinet would be right at home in your local arcade. This game has been a long time coming, but every aspect of it looks and feels pored-over and impossibly stylish. It’s also surprisingly personal in a way that’s easy to miss in between all the hacking and slashing.


Most of Brendon Chung’s games are about spies, heists, and murder. His latest, Quadrilateral Cowboy, is about all that with a cyberpunk sheen. He’s sort of a cubist Michael Mann, rendering quotidian moments and sudden violence with equal care. Chung brought cinematic editing techniques to videogames with Gravity Bone and Thirty Flights of Loving, but Cowboy’s gimmick is a sort of single-player co-op, putting the player in control of a team of hackers as they pull off sabotage, heists, and corporate espionage.

To do so, however, she’ll have to wrestle with a clunky, outdated desktop terminal and dig deep into a DOS-style command interface. Chung wants to keep the learning curve shallow, so that by the time you’ve grokked the ins and outs on a conscious level, you’re already a top-flight console cowboy.


Ben Esposito’s Donut County presents an idyllic American Southwest full of soft pastel colors and gradient sunsets. And then lets you swallow it all up.

One day a girl working at a donut shop gets a delivery from some raccoons: donuts that spawn “mysterious growing hole[s].” The game is a sort of physics toybox, then, where you play as a tiny void out to solve puzzles and consume anything in your path. It’s got a distinct Katamari vibe, if Katamari were a little more earnest … and a little more inexplicably eerie. Esposito was inspired both by a local donut shop and the more intangible notion of “holes”—the things displaced and erased by the sprawl of modern LA.