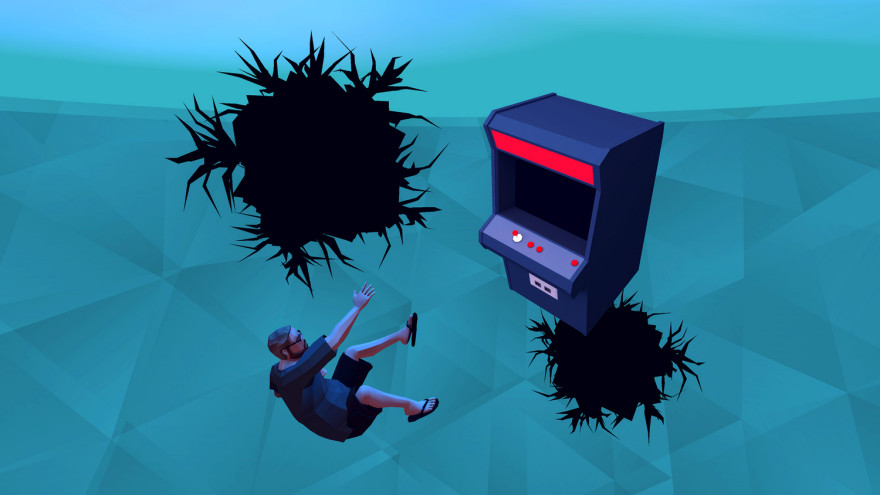 Art has always been useful for drawing our attention to the controversially sad. Take something like Zoe Quinn’s text adventure Depression Quest; depression is, by its nature, a miserable affliction, but it is also a diagnostic category burdened by stigma, shame, and skepticism. Some people insist that reliance on psychotherapy or medication is a sign of moral weakness, while others deny that clinical depression exists at all. Playing Quinn’s game and allowing yourself to feel sad therefore becomes a form of social action; to play is also to take a stand, placing yourself on one side of a debate. The sadness intertwines with a kind of proactive anger to challenge the status quo and advocate for the disenfranchised.

The role of art in unpacking incontrovertible sadness is more ambiguous. When I was in college, some friends and I went to see the play Rabbit Hole on Broadway, which follows a couple as they attempt to grapple with the death of their young son. We were all studying playwriting at NYU at the time, which is to say we were a bunch of snarky 20-year-olds who made it our business to be hard to impress. One of my friends succinctly captured our collective impression of the play when he later said that “the only thing Rabbit Hole taught me was that the death of a child is sad, and I’m pretty sure I already knew that before I sat down.”

the pain feels real, the sadness is authentic

Ten years later I’m a little wiser and a lot less snarky, but I still don’t think Rabbit Hole is a good play. Its emotional punches land squarely on the nose, yet its point-of-view is absent. One ends up feeling manipulated by such a work: we are made to feel sad because, well, it’s sad to watch parents grieve for two hours. No one could argue with that. But what’s the point? There is no stand to take, and any anger evoked cannot be put to productive use. What can be gained by such an exercise? Then again, perhaps the idea that something should be gained is simply an indication of our discomfort with facing the undeniably tragic.

Rabbit Hole and other works like it are easy to criticize because their chief flaw is a sense of inauthenticity. They take advantage of an audience’s response to universal sadness in order to present themselves as prestigious and deep, and as a result leave a cynical taste in the viewer’s mouth. Numinous Games’ That Dragon, Cancer does not suffer from this problem; the pain feels real, the sadness is authentic. This is not surprising given that the game is undisguised autobiography: Ryan and Amy Green created it as a meditation on their family’s journey as their son Joel was treated for and eventually killed by brain cancer.

The story behind the work is compelling, but it is hard to know how to approach That Dragon, Cancer for the purpose of review. The developers refer to it as “Myst without the puzzles,” but a more apt comparison might be Davey Wreden’s recent The Beginner’s Guide, as the game is composed of several short vignettes that follow the Greens’ tragedy in more-or-less chronological order, while stylistically fluctuating between the literal and the expressionistic. 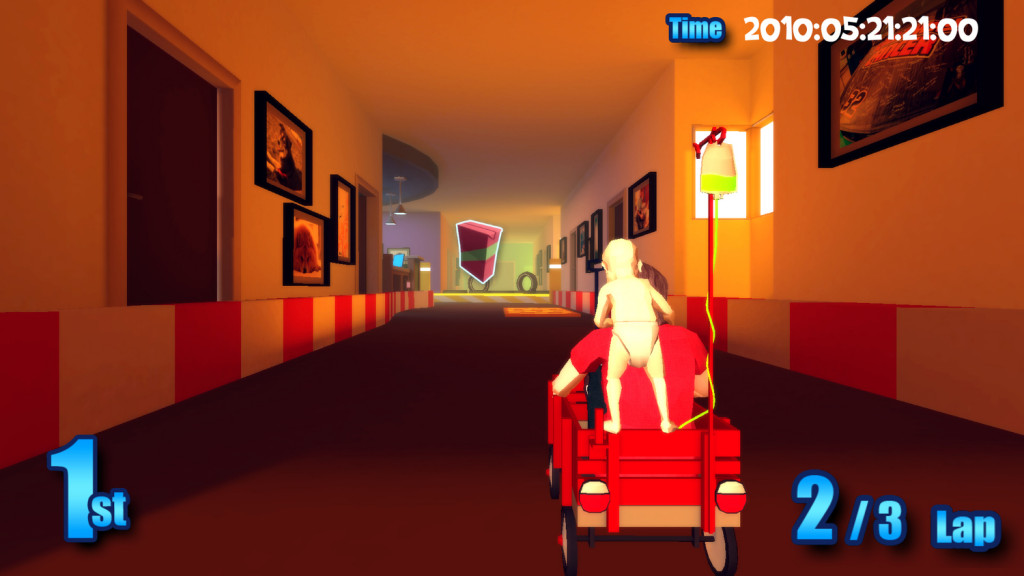 I did not feel cynical while playing That Dragon, Cancer; it has a point beyond bumming the player out. This game—and I imagine the process of creating it—represents a personal therapeutic exercise by two parents working through their grief. What players derive from it, therefore, is entirely dependent on their personal relationship with both the subject matter and the ways in which the Greens come to make meaning out of their experience. I cried once during my playthrough—early on, when listening to Amy describe the envy she felt over other parents at the hospital being able to celebrate end-of-treatment parties with their kids—because it was so sad. I thought, “This is the worst thing.” I thought, “Cancer sucks.” Then I didn’t know what to think.

The emotional core of That Dragon, Cancer is real—so real, in fact, and so personal, that I ended up feeling like an outsider looking in. I pitied the Greens for having to endure this awful series of events, but I did not come away feeling connected to their experience, or enlightened by it. This was not because the game tried but failed to connect with me, but because it didn’t. There is an insular quality to the vignettes; they are by and for the family Green (and, perhaps more broadly, others who have lived through similar trials). The “point” of the game is that this is how Ryan and Amy are dealing with their loss. I can praise or criticize it, but really my opinion is irrelevant. This game was not made for me, and reviewing it feels like a borderline intrusion into a family’s private mourning.

The greatest reason for my disconnect is due to the fact that the latter half of the two-hour playthrough increasingly focuses on the Green’s reliance on their Christian faith as a means of understanding and coping with Joel’s illness and eventual death. Before playing, I had assumed that the game’s title was a nod to fantasy tropes ubiquitous in role-playing videogames—and indeed, throughout That Dragon, Cancer classic gaming imagery from Mario Kart to arcade platformers is evoked in iterative attempts to find a metaphor that might actually fit the ever-shifting monstrosity of disease. But for the Greens, the titular dragon turns out not to be an RPG’s final boss but rather one of the Arthurian variety: an evil to be battled by brave Christian crusaders, pure of heart and clean of soul, who know that even losing the fight means an unfettered ascension to god’s heavenly kingdom. As a secular existentialist Jew, it may go without saying that by ultimately settling on this metaphor, the game started to lose me. But I think it also got away from the Greens. The voicemail recordings and intimate conversations that rang so true in the early scenes began to be replaced with more heady discussions of grace and divine intention. Powerful imagery of drowning in a storm and pulsating black tangles turned to a staid letter from Ryan to Amy and a bucolic paradise where Joel enjoys an eternal picnic. Everything ends up in its right place. The suffering was simply too great to bear it any other way.

The most effective scene in the game takes place in a hospital room. You are looking through Ryan’s eyes, and, interestingly, Joel is not physically represented in the space. His crib is there, empty, and next to it is all manner of medical accoutrements. You can walk to the bathroom, look out the window, but you cannot see Joel. You can hear him, though, because he won’t stop crying. There are only a handful of clickable hotspots and none of them do anything of import. All you can do is wander around this tight space for several minutes, listening to the blistering screams of an invisible child who doesn’t understand what is happening to him, unwilling to leave, miserable to stay.

This is sadness. Our task, I think, when faced with this kind of sadness, is not to force it into an ill-fitting symbol, or turn it into a cause, or define its point. Our task is to sit there for a while and feel its invisible weight, its randomness and cruelty. But I understand why the Greens could not stay in that space for long. Who could? I applaud that they tried, and I am sorry for their loss.