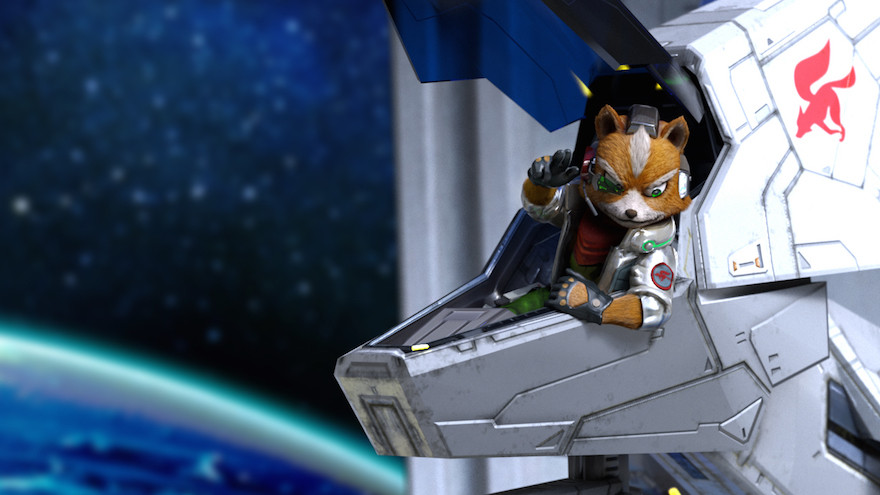 As I sit at my keyboard, trying to figure out what in the world I could possibly say about Star Fox Zero, I find myself forced to concede that there’s not that much wrong with the game as a game. As an engine built to allow players to fly around in a high resolution version of a spaceship apparently built out of triangles, Star Fox Zero is entirely functional. There are things to blow up, which will also seek to blow the player up. There are big spaceships, and big imposing robots with hidden vulnerabilities (which are signaled to the player as glowing spheres on their bodies, kind of like in a Legend of Zelda game, but different, because they’re robots). But if, like me, you’re not already a Star Fox fan, I have a hard time imagining that Star Fox Zero will enamor you to the series. Right now, 23 years after the original game that birthed the series, the novelty of a cartoon fox as a starfighter pilot has long since worn off, and the conceit doesn’t serve any purpose in Star Fox Zero beyond franchise branding. And maybe it never did. There’s nothing particularly wrong with that, but there’s nothing especially right, either.

Star Fox Zero is a kids’ game for adults, and maybe even kids too, since there’s certainly nothing objectionable in terms of the game’s bloodless conflict. There is, after all, really no more in terms of story or character in Star Fox Zero than in, say, Microsoft Flight Simulator (1982). The prologue may state that an evil scientist named Andross is trying to take over the galaxy, but this is a lie. There is no Andross, there is no galaxy, and while we all know that the world is a fiction every time we sit down to play a videogame, Star Fox Zero barely bothers to maintain the pretense. 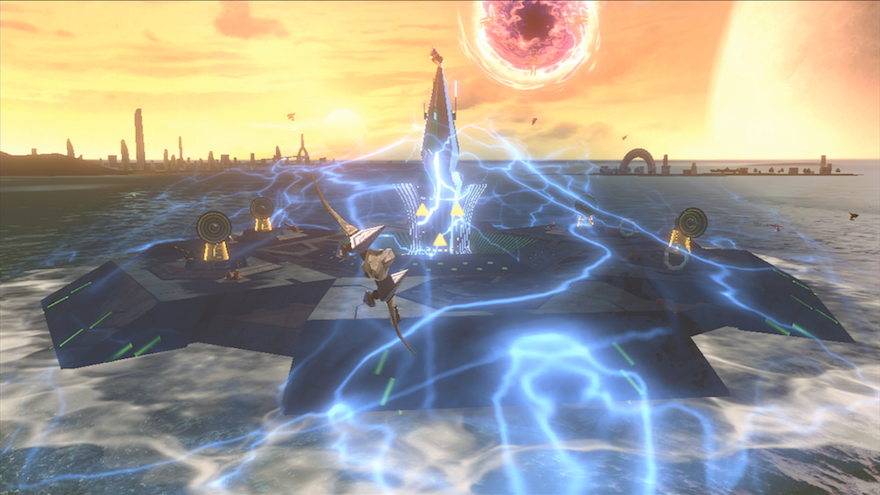 When the player takes control of the cartoon fox’s starfighter, Andross becomes the memory of a rumor, a name shouted at you in the past by a dog in a captain’s hat. Without a substantial framing narrative, every conflict in Star Fox Zero acts (or fails to act) as its own justification. There is no campaign, no theaters of war, no advances or retreats. Once, just once, does an emergency landing in one level result in a rescue mission in the next. For a player who enjoys games that at least pretend the player is doing things for a reason rather than just doing them for their own sake, this bit of subplot is like an oasis in a desert, but then the desert rolls on.

In another game, in another review, I might be talking about how this lack of connection between Star Fox Zero’s violence and the narrative universe in which the violence occurs could offer a compelling portrait of the distance in modern combat between the person (or anthropomorphic animal) tasked with pulling the trigger and the chain of command that decides when, where, and why the trigger should be pulled. Except that this isn’t what kind of game Star Fox Zero is. Star Fox Zero is a cartoon, a low(ish)-polygon combat flight simulator updated with more visual texture and new ways for the player to blow things up.

Unfortunately, if there’s little worthy of objection in Star Fox Zero, there also seems to be just as little that serves to engender joy. It might have been rewarding to treat Star Fox Zero as a game of objects, but when the design seems to be aiming for a sense of nostalgic clunkiness, there’s very little room to see any of it as particularly imaginative.

something sleek and edgy, but only the energy drink kind of edgy

The cartoon fox’s high resolution starfighter still wants to look as though it were made out of triangles, which ends up reading like a redesign by a focus group of middle managers. (“Make the ship look like the classic Arwing, only more awesome. You know, add some textures or something. Textures are a thing, right?”) On the other hand, the Arwing can transform into something akin to a walking chicken when the player needs to shoot things, which would be fantastic if not for my sneaking suspicion that the game was actually going for more of a dinosaur vibe. Something sleek and edgy, but only the energy drink kind of edgy.

Flying the Arwing is challenging but not rewarding. The divide between controlling navigation on the player’s main screen and directing weapons through motion control on the Wii U GamePad’s second screen is awkward at first, but far from insurmountable—it’s a system well suited for co-op play, and one that Splatoon (2015) players will find somewhat familiar. On the other hand, it happens more than once that the next step in defeating an enemy is unclear until the cartoon fox’s wingmen shout a strategy over the intercom. And while levels are relatively brief, being sent back to the beginning after every failure seems to operate as a penalty never quite made worthwhile through a sense of accomplishment or advancement.

The most interesting aspect of the game is discovering the different behaviors of each object in the world and creating a strategy for how to deal with them—a three-stage missile that opens up a new weak point and speeds up each time you destroy a stage—but this process tends to be frustratingly singular. There’s little that the objects in one stage have to do with objects in any later stage, which means that defeating any individual level acts more as a process of short-term memorization rather than learning. The end result is that successfully destroying an existential threat to life in the galaxy tends to feel about as rewarding as landing in a flight simulator. It feels good to have finally pulled it off, to have tweaked the airspeed and angle of descent just so, but it’s more of a relief than a joy.

If there’s something successfully old-fashioned about Star Fox Zero, it’s the way that playing the game can feel a bit like spending too long with Asteroids (1979) or Space Invaders (1978). At times it’s hard, and at other times it doesn’t feel quite as hard, but after a while when the “game over” screen pops up it’s almost welcome. Some players will keep coming back, and Star Fox Zero has at least a handful of rewards for those players—hidden pathways, secret objectives, digital tokens to be collected. But for a lot of players, these will feel like pushing to add a few extra points to their personal high score only without being asked to enter their initials after they’re done.

As a game, Star Fox Zero isn’t so much broken as deeply and disappointingly lacking in inspiration. Shiny but not smooth, it’s a game about a space-faring fox in a spaceship that turns into a chicken without any sense of joy, and that might be the biggest disappointment of all.