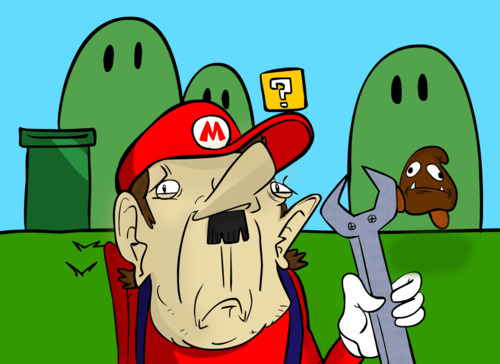 Michel Ancel, the guy behind the classic platformer Rayman, recently admitted to Gamasutra that he was never that great a fan of Mario:

“I will tell you something terrible-I don’t really enjoy playing Mario games. I don’t like gliding, I don’t like its inertia, and I don’t like not being able to give some slaps! It’s a fabulous series, and I understand that people love it, but it’s not my cup of tea.”

For some, this will be like the time George H. W. Bush admitted he didn’t like broccoli. Others might feel for poor Mario how Jerry’s mom did for him in that one episode of Seinfeld. On the other hand, this could be liberating for people, too! Maybe you didn’t find Mario all that fun! There’s no shame in that. And if you don’t like a certain game, maybe you might do what Ancel did and make your own.