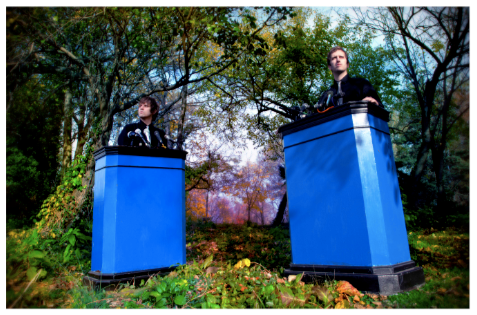 D.C. duo Bluebrain releases its new album Listen to the Light today. It takes the form of an iPhone app but it’s really a location-aware album composed for NYC’s Central Park. Check out the behind-the-scenes video here with Dischord’s Ian MacKaye and AOL’s Steve Case.

We recently interviewed Bluebrain about their last project, The National Mall.

We thought, “What if you replace that map within the videogame terrain with the coordinates of an actual map?” In this case, the National Mall. And instead of assigning sounds, like you would in a videogame, to mimic real life, what if you made it musical, or surreal? For instance, as you start at the base of that hill [at the Washington Monument] you hear a single cello and piano. And as you make your way up to the top, more and more instruments keep getting added, to the point where you’re literally at the very top, touching the Monument, and you’re hearing out-of-control blast beats.