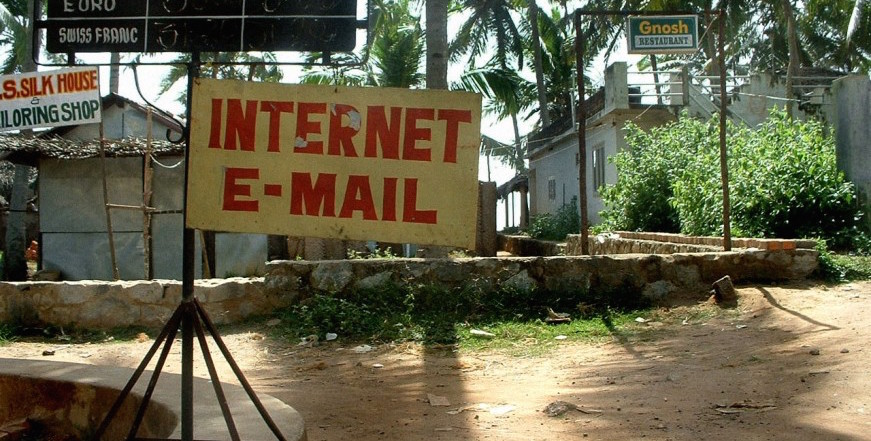 If you’re reading this, you probably have internet. In fact, you may rely on the internet for a significant portion of the day. You may wake up in the morning and check the weather on your phone, or use your laptop to type out a message to your boss or coworker. You’re one of the lucky 43 percent. In India, you’re one of the 29 percent.

Facebook launched Internet.org in India alongside Indian mobile company Reliance Communications in early April, hoping to discover an efficient way to provide free internet access to that 81 percent previously without it through the use of a mobile app. “Last year I visited Chandauli, a small village in northern India that had just been connected to the internet,” wrote Mark Zuckerberg on Facebook in April. “In a classroom in the village, I had the chance to talk to a group of students who were learning to use the internet. It was an incredible experience to think that right there in that room might be a student with a big idea that could change the world—and now they could actually make that happen through the internet.”

However, the initiative hasn’t been without its bumps and halts. Critics admonished the initiative for only offering a sliver of all the things the internet can provide (like news, weather, government info, and job listings). In response, it has recently rebranded its app as “Free Basics by Facebook,” and is offering more services than the previous Internet.org app offered.

Global connectivity is not a new concept or an easy goal to achieve. Organizations like the United Nations and Internet Society have already been showing less developed countries the benefits of internet access, building infrastructure and teaching others how to build and maintain that infrastructure. In fact, the Internet Society has been striving to perfect global access for 25 years, and there are many steps involved to getting to that point. “[The Internet Society is] super supportive of anything that can push the margin, but the hard underlying fact is that you have to follow certain rules,”  says Jane Coffin, director at the Internet Society. “We kind of think that everywhere is like we are. I was sitting in one country and couldn’t upload anything onto Facebook. What are governments doing to actually remove barriers to connectivity?”

Wifi is transmitted through spectrum, or radio waves. However, spectrum is limited, and can interfere with other devices using it. “Spectrum is regulated by every country in the world,” says Coffin. “You start to unpack how difficult it is to get spectrum. In certain countries, you need a license to get spectrum and sometimes it can take more than a year.” Facebook has attempted to develop ways to transmit spectrum through the use of satellites in low-density areas and, in medium-density areas, low-flying solar-powered drones.

In the past, organizations like the Internet Society have taught people within less developed communities how to manufacture, assemble, and operate technology. By teaching one person, or one section of the community, Coffin says the rest of the community becomes more open to the internet through the use of a human trust network. “Think about it from a videogame perspective,” says Coffin. “There’s a huge gaming community in Uganda. The gamers were bummed out because they couldn’t play as fast. There was a way to make the connectivity faster by building up the local internet infrastructure. They talked to each other and figured out a way to communicate what they needed. In that way, they built up a human trust network.”

However, the trust placed in Facebook is missing, especially as Facebook sets up its connectivity from the corporate level, rather than from the community level. Some sites have claimed Facebook is surveilling the people using Free Basics and using them to their marketing benefit, as well as stripping them of their anonymity.

While the need for a globally accessible internet has been highlighted and more awareness has developed surrounding it from initiatives like Internet.org, there’s still work to be done in creating something accessible and it may not happen for many years to come. Nonetheless, the work and effort put into global accessibility is invaluable. “The internet allows you a visuality to do something,” says Coffin. “With the internet, we brought in an amazing transformation in innovation happened.”