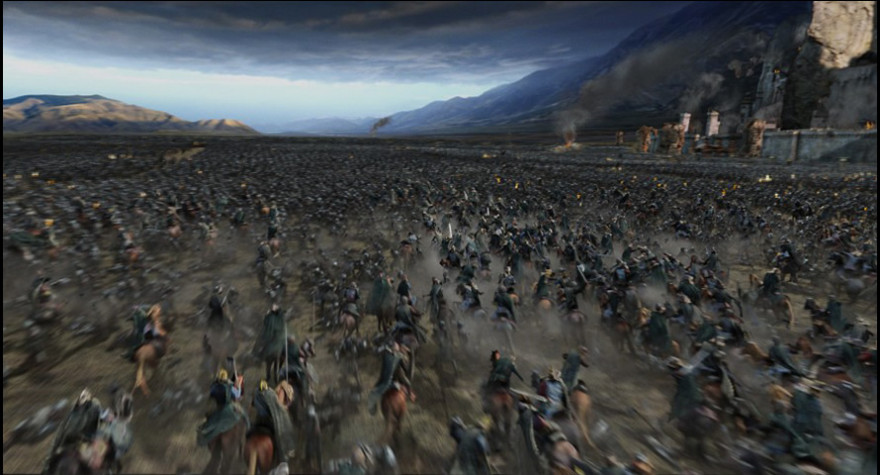 There’s a reason The Lord of the Rings film franchise took home the Academy Award for Best Visual Effects three years in a row. While many films fall flat in a matter of years, The Lord of the Rings trilogy and it’s approach to CGI still stand firm more than a decade letter. While there were many breathtaking moments throughout the series, the enormous battles with armies thousands strong were consistently glorious, thanks to the simulation software Massive. And now that very same software is available to anyone for a 30-day trial.


Watching a short demo video quickly illustrates how Massive was so instrumental to giving those battles their intensity and gravity. In the video above, the company reveals some of the secrets to achieving this feat. All the individuals in the crowd act as individuals. Though their goal remains the same, all of these characters take different actions to achieve it, creating a realistic and engaging battle where, no matter where you look, you are seeing a unique vignette of a fight. Or, occasionally of a soldier running away. Although the software was originally created for The Lord of the Rings films, its hand print on visual effects can easily be seen in the Academy award-winning films after it like Inception (2010), Hugo (2011), and King Kong (2005).

Hopefully this increased accessibility of the software will result in some people finding inspiration, doing new things with it. Although Massive hasn’t been used much in games yet (the website boasts it being used in games on both the Xbox 360 and Nintendo Wii) the company says it’s gaining momentum. If they’re right, more glorious chaos awaits.

Check out Massive and get the demo for yourself here.