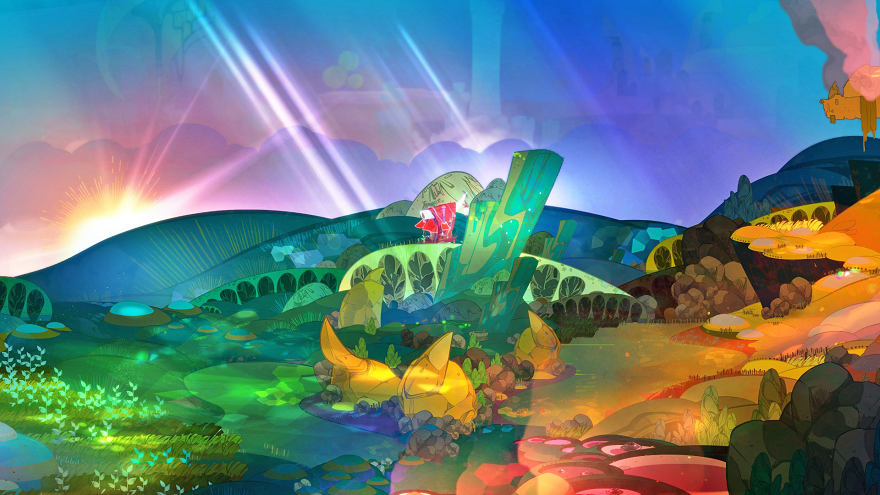 Nearly two years after the release of Transistor (2014), Supergiant Games has announced its third project: Pyre. Slated to release sometime in 2017, the reveal trailer for the upcoming game shows off the combination of richly drawn animation and intimate musical scoring the studio has become known for.

According to Supergiant’s blog, Pyre follows the journey of a band of exiles as they explore a “vast, mystical purgatory” in an attempt to uncover its secrets and eventually find their freedom. While the trailer shows a combination of lush environments and encounters with enemies, the game will reportedly also feature a decision-making process involving characters and a larger world map.

“As you journey across the Downside in the wanderers’ custom blackwagon, you’ll meet a variety of characters of all shapes and sizes, and learn what’s in store for each of them should they prevail in the Rites,” Greg Kasavin, the game’s writer, says in the post. “Your actions will determine who returns to glory, and who remains in exile to the end of their days.”

Like a number of smaller studios that cropped up in the late aughts, Supergiant is partially responsible for transforming the way we anticipate new videogames. In many ways, it’s closer to a band announcing they’re in the studio recording a new album than a company revealing a new product. In part that’s due to the small team size and continuity between games.

Darren Korb, who composed for both Bastion (2011) and Transistor, will also be doing the music for Pyre, with the song in the trailer performed by both him and singer Ashley Lynn Barrett. Jen Zee, Supergiant’s art director, is also still at the helm. Not content to simply replicate the aesthetic of the studio’s earlier games, however, Pyre looks to have a more fluid, Disney-inspired animation style, giving the impression of The Banner Saga (2014) meets The Legend of Korra (2012-2014).

Pyre will release on both PlayStation 4 and Steam, and is playable this weekend at the PAX East convention in Boston. 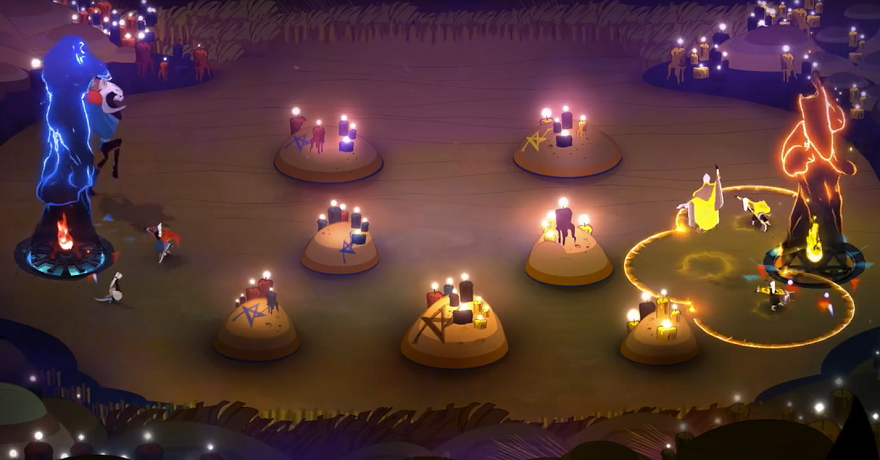