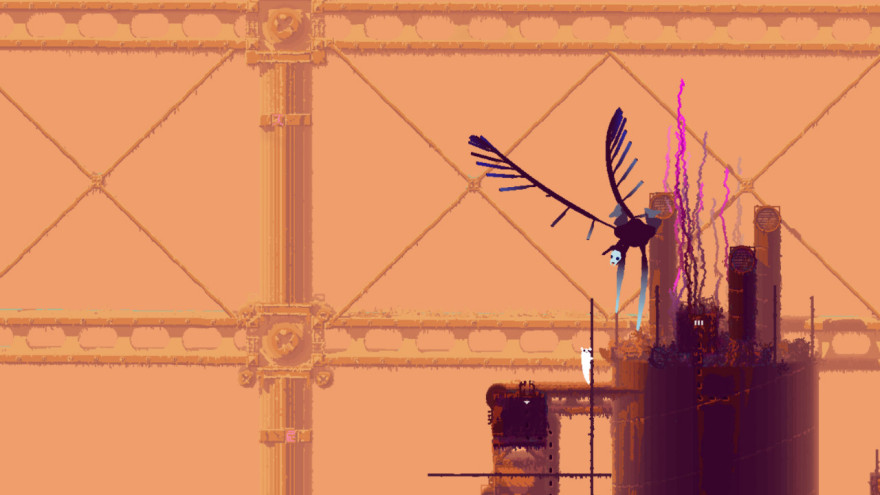 The goofy term “slugcat” has been tossed around to describe the creature you’ll control in Videocult’s upcoming game Rain World for a couple of years now. Due to its unique ecosystem set on an industrial planet that’s ravaged by bone-crushing downpours for most of the year (the game takes place during the brief dry season), describing the things that flap, squirm, and leap around Rain World is a task. Imagine, then, trying to apply not words but audio to match everything found on this alien planet. Well, you don’t need to, as a recent Kickstarter update (the game was successfully funded back in January 2014) sees creator James Primate detail the dynamic audio design for this grimy-aestheticized platformer.

“At this point Rain World has around 1400 screens of playable terrain covering 12 huge regions,” writes Primate in the update. “So naturally the music has to be equally gigantic in scope to match.” Together with musician Lydia Primal, Primate has had 3.5 hours of music composed for the game. Yet, surprisingly, music in Rain World is not a constant.

The game is quiet when it needs to be

In a detailed video explanation, Primate explains the dynamics of the audio in Rain World. For the most part, the game is littered with ambient sounds, such as the wind blowing, the rustling of slugcat and other critters, to drips of unknown fluids in the area. The game is quiet when it needs to be. Yet, in some cases, the game needs some melody to cultivate a mood, and that’s where Primal and Primate’s compositions come in. Depending on the particular environment or event, the somber music chimes in, and plays out to the extent of the event (or the length of the area).

In a more dynamic path, Primate and co. have implemented a unique “threat music system.” With this, the melodies shift depending on how much danger slugcat is in. Each level has 10 “or so” variations of audio, depending on the perceived danger of a nearby enemy. If slugcat successfully evades the hazardous lizard-y creature and slugcat’s danger decreases, as does the threat of the music. It’s a clever cue to inhibit the player’s perceived danger level, in addition to the environmental sounds, such as the loud thud of a lizard following slugcat into a new area and attempting to seek it out displayed in the video update.

Dynamic audio is only a small sliver of what’s been detailed for Rain World in its past updates, with consistently beautiful GIFs showcasing the smooth movement in the game, and smartly designed enemy encounters. At the very least, we’re looking forward to all the eerie environments, panicked lizard-escaping, garbage worm-inhabiting adventures that slugcat’s world has to offer.

Rain World remains in active development with hopes of releasing sometime in 2016. You can follow its Kickstarter for more updates and slugcat-filled GIFs.