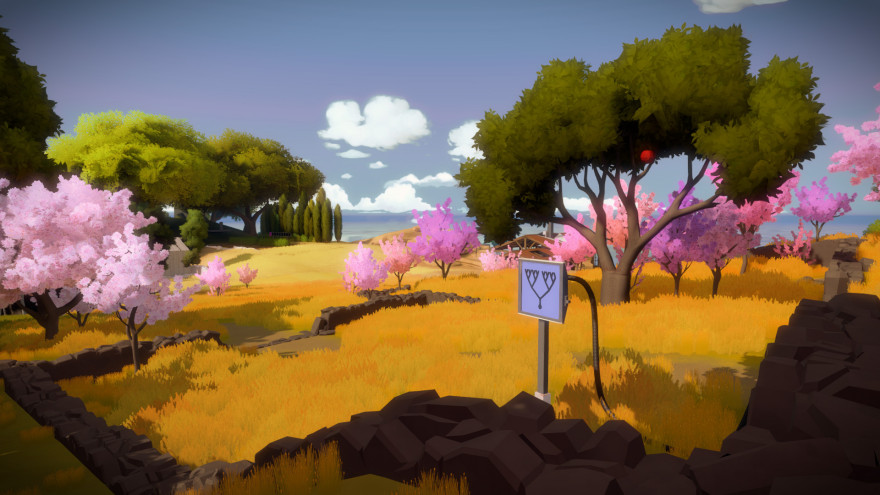 There are all sorts of studies floating around about the human attention span, and usually about how it’s getting shorter. I’ve heard my fair share of anecdotes over the years from teachers, supervisors, and fellow artists about how long an average audience member is willing to engage with a piece of media. Five seconds for a painting. Six seconds for a single shot in a film. 30 seconds for a free iPhone game. The list goes on, but suffice to say, these soft rules are geared toward grabbing audience attention quickly in hope that they’ll stick around for much longer. Even with this article here, you’re probably anticipating that I’ll cut to the chase in the next paragraph and tell you what I’m writing about. It’s true, I will (please like me).

I’m over 300 puzzles into The Witness and I don’t know what it’s about. It seems like the game is definitely going to be about something, and it might even try to be about everything, but it’s not a game that plays its hand anywhere near the opening twenty or so hours. I’ve been wandering around this deserted island, buzzing from puzzle screen to puzzle screen, soaking in the landscapes and the scattered little secrets that point to that something, but somehow never really hint at what it is. The more I uncover about the way the island works, the more puzzles I can solve, but with little indication as to what I, as this unnamed humanoid (you cast a shadow that seems to have my shaggy Jim Halpert haircut from 2006) entity, am doing on this island.

more like a Bela Tarr or Andrei Tarkovsky long take

And if what creative lead Jonathan Blow says is true about the enduring faith that The Witness asks of its players (80+ hours of time/very small percentage of players will complete every puzzle) then it’s sort of the ultimate videogame-as-long take—a long take being when a film doesn’t cut away to a new shot for minutes on end. And I’m not talking about the Alfonso Cuarón kind of long take where there’s all sorts of high stakes suspense—like spinning space stations and last child to be born on Earth kind of tension. No, The Witness is more like a Bela Tarr or Andrei Tarkovsky long take. The kind where you watch a guy walk down the street for five minutes to illustrate what a bummer his life must feel like. I kid, but the point is that sometimes there’s a reveal at the end of a Tarr/Tarkovsky long take, and sometimes there isn’t. And eventually, as someone who loves this kind of cinema, you stop trying to anticipate the reveal.

I don’t know what’s going to happen in The Witness when I complete what seem to be all of the major puzzle areas, and I don’t know if there’s a twist coming that will make me rethink my actions up until that moment. For now, I’m just taking pleasure in the act of playing the game, and will continue to do so for as long as my attention holds.