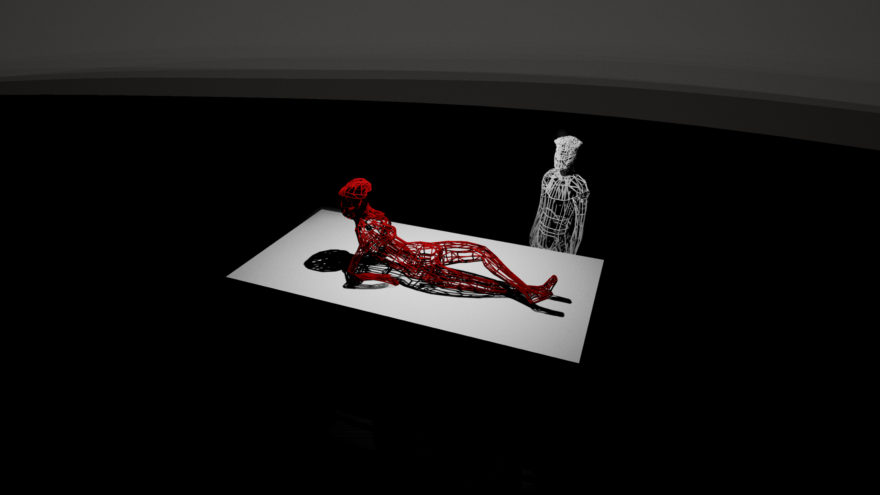 A Ghost in the Static doesn’t tell you anything. All you know is that you’re a figurine constructed out of some sort of wire and are left to explore a dark, mysterious room. Then you encounter another character in the room with you, and that’s when something unique happens.

Much of A Ghost in the Static focuses on narrative development through dialogue. What’s interesting about it is that you control both sides of the conversation—kinda like you do in Kentucky Route Zero. This allows for a number of different paths in each conversation. Some exchanges might be about the planet that’s visible within the dark room, while another conversation hinged on the same exchange could have the character talking about love.

they all ultimately lead to a mysterious ending

There are dialogue paths that make far more sense than others, and it’s easy to craft a completely incoherent conversation. For example, multiple interactions could easily begin with the word “hello” as a response to a question. It doesn’t seem to matter much whether or not these conversations make sense as they all ultimately lead to a mysterious ending. However, it is possible to unlock different dialogue options. As you talk to yourself, a transcript of that dialogue appears on screen, which is saved at the end of each interaction to help you avoid repetition. 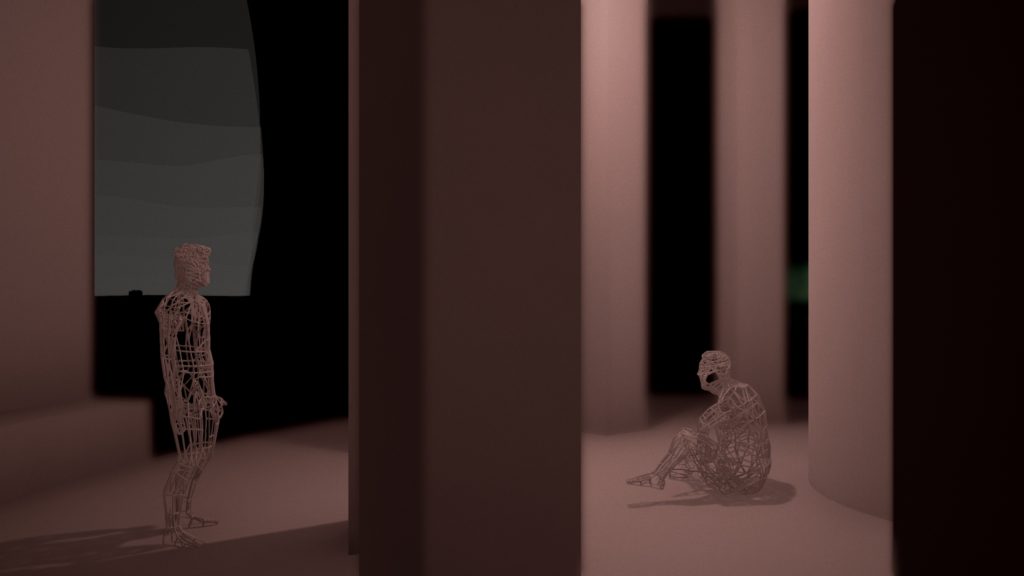 True to its inspirations, the game’s characters have a certain architectural look to them, and the lighting in the dark room is indeed reminiscent of a theatrical stage. Knowing that Solaris also has influence helps to bring the game’s cyclical, conversational form into focus, given that the novel explores human memory and the trouble with humans communicating with non-human species.

Learn more about Maggese here, and find a link to download A Ghost in the Static here.