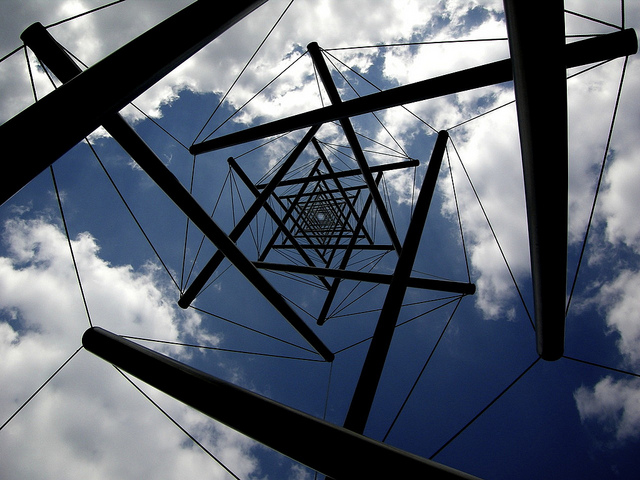 Ever wonder about how Jerry Seinfeld’s monologues are a string of rhetorical questions? Or the way Woody Allen’s more self-deprecating pictures (think Crimes and Misdemeanors) end in unknowable existential pondering? The Jewish sensibility is unmistakable in the realm of pop culture. A bemused attitude and spirit of restless inquiry is consistent.

But is there also a Jewish quality to games? The trace amount of Jewish people found in the industry would suggest not. But others contend that videogames and the Jewish sensibility go together like lox and a schmear.

We spoke with four prominent thinkers in games about the unexpected connections between their cultural identity and our favorite interactive medium.

“Put two Jews in a room and you’ll have three opinions.” That speaks volumes, and it absolutely informs my work.

There’s an old joke that says, “Put two Jews in a room and you’ll have three opinions.” That speaks volumes, and it absolutely informs my work. I’ve never been comfortable with telling players what to do or what to think. My whole career has been about empowering players, forcing players to make their own choices, to form their own opinions about what’s right and wrong.

In my games, there are no absolutes. I try to weed them out. It’s very consciously a dialogue between me and the players. That idea of dialogue and argumentation is, I guess you could say, Talmudic. Judaism is a religion and a culture based on dialogue, argumentation, and questioning. It’s about pushing the limits of rules in order to define them, often in very personal terms, in terms that differ from accepted wisdom. I’ve always tried to allow players to do that in my games.

One of my most joyous moments came when relaxing with some students, talking about Deus Ex. One asked, “How could you have made such a piece of right wing propaganda?” Another chimed in, “Right wing propaganda? It was left wing all the way.” They were both right, of course. For a Jewish developer, I don’t think anything could be more satisfying.

Dave Gilbert (creator of The Shivah, the Blackwell series, and the founder of Wadjet Eye Games):

I wanted to make something Jewish as a way to reconnect with that part of myself.

All my life I grew up in the New York area, surrounded by other Jewish people. I went to Hebrew school growing up. Being Jewish was never a big deal. But when I left for Korea, it was very noticeable that there were no Jews around. A lot of Koreans had never met a Jew before.

Even some Westerners were fascinated. We were out at this Mexican restaurant in Korea, and one of my coworkers was like, “They really jewed us on the guacamole,” and I looked at him, like, “What?” I’d never heard that before. You wouldn’t dare say that in New York City!

When I came back to New York, as a way to pretend I was working, I decided to make a game. I wanted to make something Jewish as a way to reconnect with that part of myself. It ended up being The Shivah. I had this idea of a rabbi who wasn’t right about his beliefs and was facing the consequences. My mother was like, “What do you know about rabbis!”

Rabbinic literature has a sense of playfulness and inquiry—of spiritual delving through wordplay. Rabbis will use this to look at the Bible and tell stories in between the cracks. That’s called midrash. It’s playfulness for deeper spiritual understanding. Also, the great Jewish legal texts explore underlying rule systems to find out what are the implied and necessary ethics.

The Binding of Isaac is a really critical text. It raises all kinds of ethical questions—a very important part of Jewish spiritual life. I don’t think we can look at it and say the ethical rules are clear. But if we think creatively about the dark and powerful questions of the Akedah, can we imagine what they mean?

A game system that allows a player to put themselves in multiple perspectives could be the deepest way to explore text. By creating a game, we have the ability to consider what the great Rabbinic midrashim did. What was Isaac thinking? What’s going through Abraham’s head? What’s going on in the great mind of God?

Liel Leibovitz (author of the upcoming book God in the Machine: Video Games as Spiritual Pursuit):

The point of Judaism and the point of video games isn’t just to create a set of rules.

There’s something oddly inherently Jewish about the medium itself. The point of Judaism and the point of video games isn’t just to create a set of rules. If all games were were a set of rules to follow, they wouldn’t be fun. If all Judaism was were a set of rules, no one would keep them. Rules are there to create what my good friend the game designer Eric Zimmerman calls the space of possibility.

To be very crass, and put a thousand asterisks after what I’m saying, but Islam says: these are the rules, don’t break them. Christianity says: these are the rules, please don’t break them, but if you do, we’re still about the big idea of grace, et cetera. But Judaism is a religion that’s fundamentally based on finding the tension between the rules and the possibilities, which is the very definition of good gameplay.

A bad game will leave you with very little free will. Press here, go there. This is not a system you can live in; opposed to something like The Legend of Zelda, which is scripted with very strict rules, but you don’t feel like you’re marching to someone else’s drum. You feel like you’re making your own choices. To refer again to that beautiful phrase “space of possibility,” that’s what makes great game design and great theology.