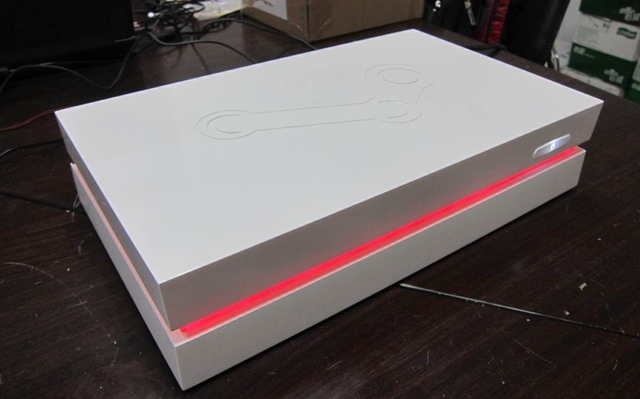 We knew they were coming. We just didn’t know it’d be this many of them.

Today we learned from a report on Engadget that there will initially be twelve, count ‘em, twelve Steam Machines. Brace yourself for a long list of manufacturers: Alienware, Falcon Northwest, iBuyPower, CyberPowerPC, Origin PC, Gigabyte, Materiel.net, Webhallen, Alternate, Next, Zotac and Scan Computers have all thrown their respective hats into the ring. They each will be building their own competing version of the little console that will let you play the games that you purchased on Steam on the television that you purchased at a big-box retailer. This is just a partial list. Expect more of them.

What I’m wondering is how the average consumer will be able choose between any of these machines. The process of buying a console has just gotten a little closer to the process of buying a washing machine. What you have is essentially a row of nearly identical-looking devices that pretty much do the same thing, but which all have presumably different specs and probably function a lot differently. That sounds awful, but if it somehow leads to more Steam sales, I’m in.