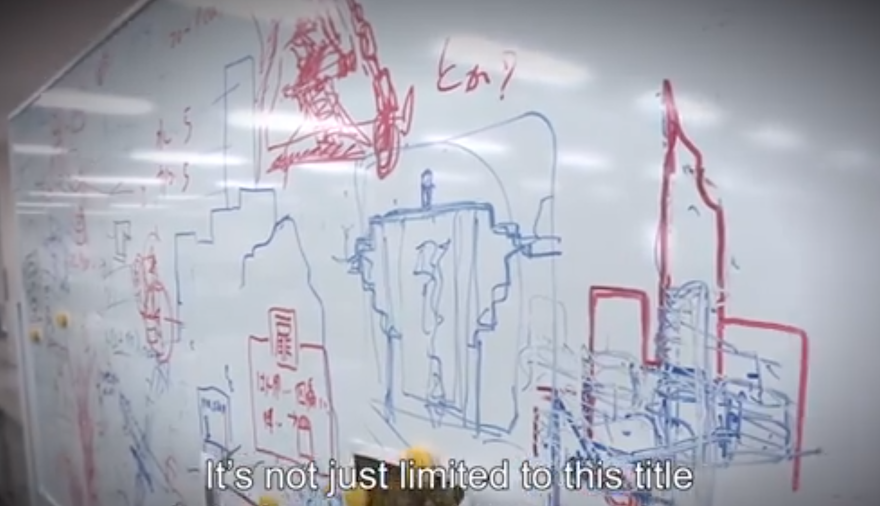 I believe it is. You can scope it on a dry erase board at From Software’s studio at the 4:23 mark of the mini-documentary Namco Bandai released yesterday. It’s hard to make out much—some castle ruins scribbled chaotically in red and blue marker, possibly a shrine with a Japanese symbol I can’t read above it, two number 5s labeling a turret—but it’s definitely some sort of level layout.

I’m especially curious about the large red figure perched on the tower, which looks like a inhospitable winged reptile. The rest of the board is every bit as twisted and branching as you’d expect. The impossible architecture of the last game is mythic, as Chris Breault did such a beautiful job explaining in his feature on how Dark Souls is basically the most important game of the generation. If you haven’t read it, do that right after you finish marveling at what kind of crazy shit the next game has to offer.