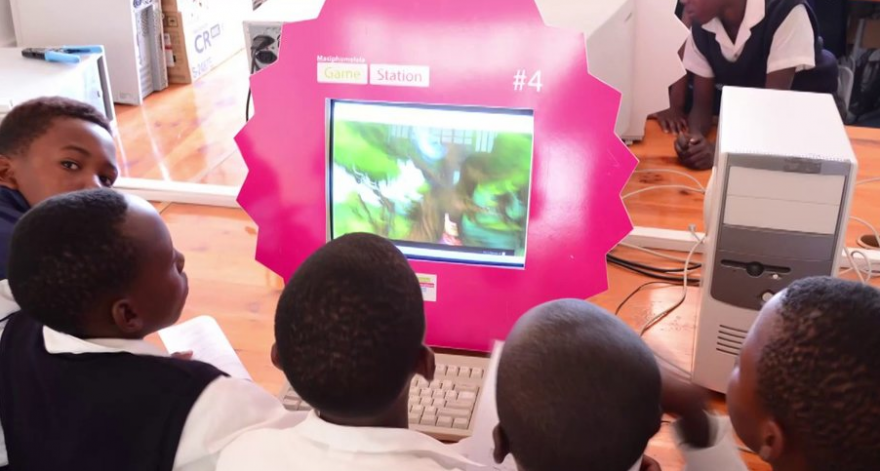 Here’s a feel-good story about the educational power of games: a group of kindhearted educators have founded The Play to Learn Lab in Cape Town, South Africa. Their initiative? To use games to familiarize underprivileged primary school kids about technology. To do this affordably, they’re constructing ersatz computers from Androids and cardboard, like the one in the photo. On them kids can learn some ol’ fashioned DIYing and play educational games. The problem is they’ve run out of funds, so now their seeking for contributions through a crowdfunding campaign. Seems like a nobler cause than say Mighty No. 9.

These kind of efforts to get kids in developing countries playing with technology are not uncommon. Last summer I interviewed a woman who was using folk games to teach young Ethiopian girls that they can have a life. But it’s not just in remote grasslands where this gamified educational approach is booming, but right here at home. As I witnessed at GDC, games like the very-meta Zelda-like Hack ’n’ Slash, which drew a tumultuous round of applause, actually teaches players to code as they play—something we’re tremendous fans of.