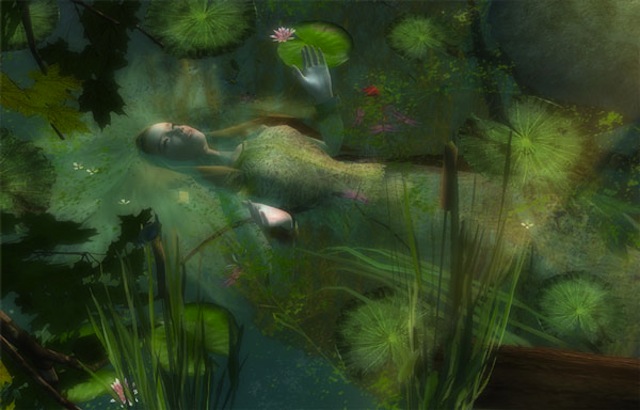 Say what you will about Tale of Tales—the best known and ostensibly pretentious art game house from Belgium. For ten years they’ve been making games that challenge our expectations. On their anniversary, they are opening the cellar and giving away, for a small donation, experiments and prototypes that never saw the light of day. These include canceled projects, missing scenes, demos, and an early build of Fatale which added first-person wind controls. We don’t know how the wind-control would work, but perhaps that’s why it never made it into the game.

Given the studio’s reputation for poetic, disturbing, experiences that may or may not fall under your current definition of games, there is certainly a strange appeal to playing this lot of lost games. But the real value is that we get to look behind the scenes and see the creative process in action. This is something the average player rarely if ever sets an eye on.

Take the prototype version of The Path, which is actually started as a mod of their previous work about fauns in the woods The Endless Forest; or reflect on the inherent weirdness of the inherently weird iPhone game Vanitas being repackaged as a casual match 3 game. The collection is full of curios that capture the unexpected alterations that happen in the process of creation, so take a gander at the cutting room floor.