It was arresting enough to think that the hills might have eyes, but in the eyes of architectsFrank Barkow and Regine Leibinger, the walls can breathe, too. Their ‘breathing wall,’ which was exhibited at a room full of innovative wall materials in Rem Koolhas’s Elements exhibitionat the Venice Biennale this year, takes the idea of living architecture to a whole new level, creating a wall that mechanically undulates in and out across what the architects describe as “peaks and valleys.”

The layering of the gridded synthetic fabrics that create the wall also presents viewers with a moiré effect that continually shifts. Viewed from the side, you can even see both sides of the fabric skin simultaneously.

The architects refer to the structure as “a mechanical plenum produces a new kind of malleable poche – a material thickness.” A plenum is usually a chamber containing air, gas or liquid at positive pressure, or an empty chamber in a building meant to facilitate airflow. Could a structure like this one day modulate ventilation systems in buildings?

Frank Barkow explains that the project had some practical origins, and thus he did have some ‘green building’ initiatives in mind. “This project actually began with Chris Bangle, the former head of Group Design at BMW who we won an architectural competition for a new design and concept building from him in Munich,” he told us. “Chris had come up with an idea for a kinetic car (body and interior) called GINA. 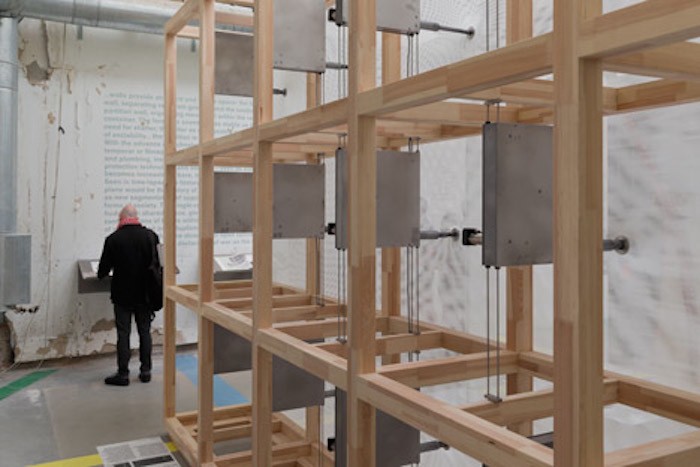 “Chris and I ran this as a studio at Harvard GSD [Graduate School of Design] in 2008 using GINA as a method to articulate housing concepts that could react (change) to the environment (light, sun, wind etc) and to change programmatically (get bigger or smaller/change spatially).” It’s a fascinating concept, especially considering that buildings are often seen as being so immutable. 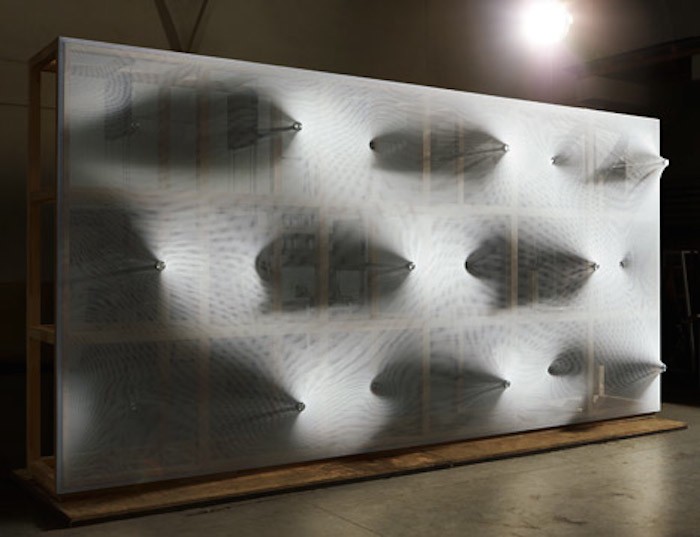 “The limited and changing width of the passage ensures an immediate, intimate, and corporal relationship with the viewer/visitor experientially,” said the architects. A lightweight timber scaffolding that houses the undulating mechanism takes up some additional room for the wall, but this also provides more depth within which you can stand next to the wall and feel its strangely curative rhythms. Next to its more archival and historical mates, it truly feels like the future.