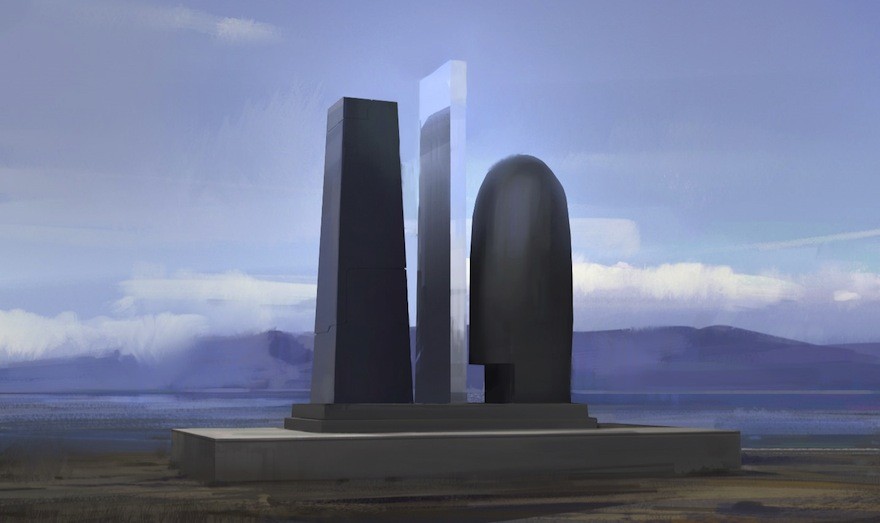 Iceland will soon be receiving a dazzling piece of modern art, as CCP, creators of the persistently-hostile online world EVE, are erecting in downtown Reykjavik a monument to the players. The 15-foot-tall structure looks straight out of Battlestar Galactica and will have the names of the main characters of every active EVE player etched on it, Vietnam Memorial-style. It’s being created by the Icelandic artist Sigurður Guðmundsson, whose works include installations of hammers, bricks, and slippers positioned on carpet, and photographs of people leaning peculiarly against walls. No shit.

This has importance aside from the inherent glamour of having a shiny, stainless steel statue erected. EVE is the most fascinating game in, well, forever, and it’s worth being remembered. But because it’s a living, breathing community of folks who role-play as commanders and slaves on the Internet, and because the whole world plays out in real-time on servers, it’s hard to document. MMOs present a problem of preservation in this way, although MoMA has made efforts to document and enshrine it. But with a monument dedicated to this amazing online world that will one day surely collapse, these characters and these wars can live on representatively, and that’s a great thing.