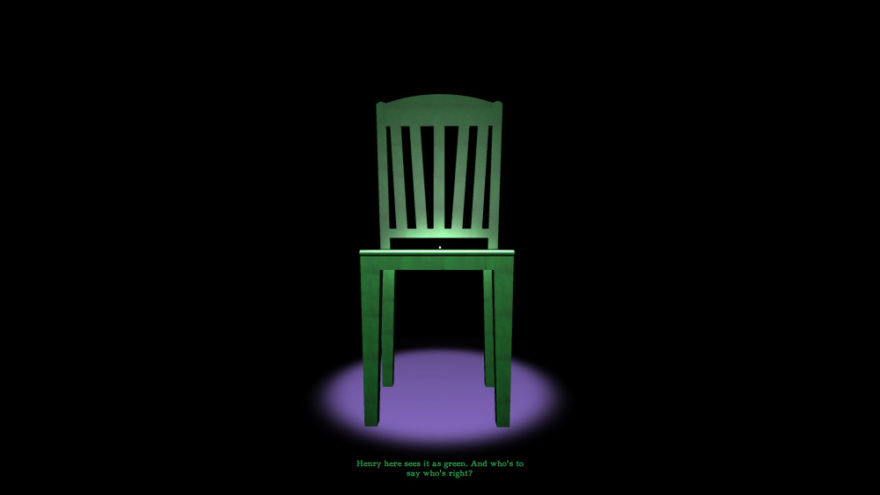 Videogames and philosophy are hardly strangers. Look to BioShock‘s (2007) exploration of Objectivism, the Determinism of The Stanley Parable (2013), and The Talos Principle (2015) with its toying of Functionalism and Behaviorism (and many other philosophies). The interactive nature of videogames, along with their basis in manipulating systems and limitless virtual spaces, allow for them to serve as ideal capsules to teach players the doctrines of a philosophy.

For the most part this is done implicitly—without prior knowledge, the player probably won’t realize that they have in fact been exposed to the concepts belonging to a certain philosophy. Rather than taking the Portal (2007) approach to education and assigning a test lab for each lesson with clearly explained rules and end goals, philosophical videogames tend to build their school of thought into the narrative, weaving ideas into their worlds and often having the player make choices that have ulterior consequences.

it’s successful as a short, interactive introduction to the idea

Example: When faced with the choice of two doors to enter in The Stanley Parable, the narrator says that you take the left door, an instruction you can choose to follow or deny. Both choices are fine—there’s no right and wrong—because one of the lessons of The Stanley Parable and Determinism is that every choice you make has already been decided for you. The decisions you make are inevitable due to a number of social and logical factors that lead up to each moment in your life; free will is an illusion. But for as proud and self-referential as The Stanley Parable is, it never actually stops to say, “Oh, this is the concept of Determinism, by the way.”

Arseniy Klishin and Laura Gray, known collectively as Party for Introverts, have ignored this trick with their upcoming debut game. It’s an interactive short story informed by Immanuel Kant’s expression “thing-in-itself” called … Thing-in-Itself. So much for subtlety. It also opens up with a couple in bed talking about Kant’s philosophy and how it can be applied to life. But while the game takes this direct approach to tackling a philosophical concept and proves somewhat simplistic and obvious as a result of that, I think there’s plenty of value in it still—it’s successful as a short, interactive introduction to the idea of “thing-in-itself.”


To briefly explain, “thing-in-itself” is the idea that any object has an existence independent of the human mind’s perception of it (Kant called the reality devoid of human perception the noumenon, while phenomenon is the observed and perceived world we’re used to). Ultimately, this means that we cannot understand the true nature of anything else in the world—we are limited to our own senses and intellect. Thing-in-Itself, the game, actually explains this well at its beginning, even if the context for its discussion—a couple in bed after attending a party—is a little implausible.

It then goes on to illustrate how our state of mind can alter objects through perception. A bottle of whiskey, for instance, is first seen as a new taste introduced to the man in the relationship, to being “earthy shit” once they break up, and then turns into an icon for his forlorn state once his anger dissipates and he starts to miss his former partner. It’s simple and the depression episode is becoming somewhat overdone in narrative games now, but it does the job at least. And, in fact, by the end, when every object in the guy’s room is turned into a number, I think the game comes back round to its strengths.

In any case, I’ve only been able to play a beta version of Thing-in-Itself, so I’ll reserve my full judgement. And I always appreciate the effort to inject a videogame with a philosophical concept no matter how it turns out.

Thing-in-Itself is due to come out for PC in January 2017. You can vote for it on Steam Greenlight and find out more about it on its website.