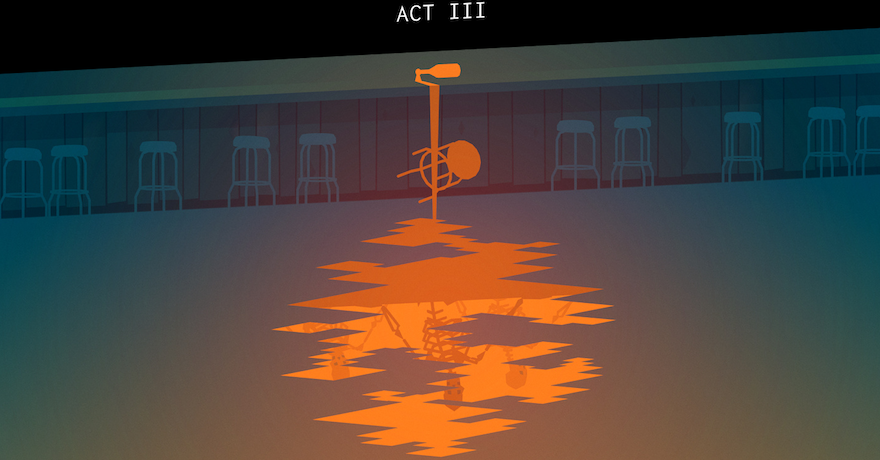 The third episode of Kentucky Route Zero, the fine adventure game whose previous installments earned the 4th spot in our best-of-2013 list, has been stealth-released. They just kind of put it out there.

What makes this series great is basically everything: the mature storytelling which is subtler and smarter than the “mature storytelling” we ordinarily see in games, the theatrical art direction, the Lynchian touches of the unexplainable, the strange VR art-house interludes, the influence of noise music and sacred harp, the ability to get out and explore any old hardware store or condemned church on the map. It also lacks all those pesky logic puzzles typically found in adventure games, which we definitely appreciate. So yeah, it’s pretty outstanding.

Also I should mention that its game designer Tamas Kemenczy will be speaking at our Two5Six conference in Brooklyn on May 16. We’d love to see you there!

As for the game, it’s currently on sale on Steam and Humble Bundle. It can be yours here.