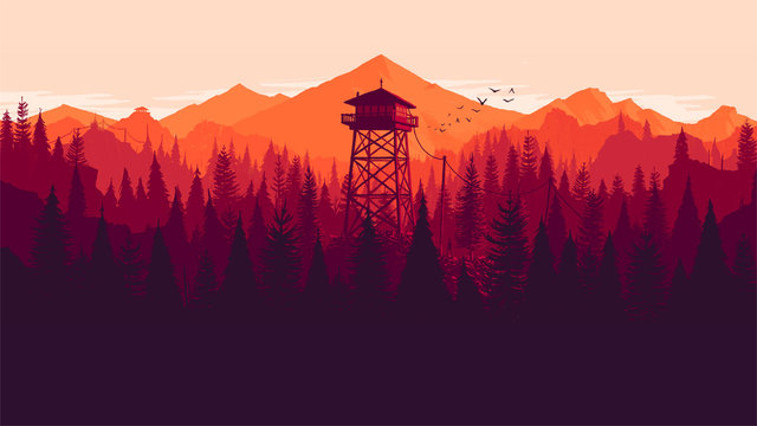 The developer’s blog describes Firewatch as a “single-player, first-person exploration mystery set in the Wyoming wilderness.” You’ll play as Henry, whose peaceful summer job as the fire lookout in Yellowstone National Park gets interrupted by “something strange.” The game’s official website promises an experience of ominous isolation. Delilah, your supervisor and sole human contact in the wilderness, remains only reachable by handheld radio. Like much of season one of Walking Dead, the interpersonal decisions you make in Firewatch “can build or destroy the only meaningful relationship you have.”

Add some haunting artwork from graphic designer Olly Moss into the mix, and this game’s projected 2015 release date starts looking way too far off for our comfort.