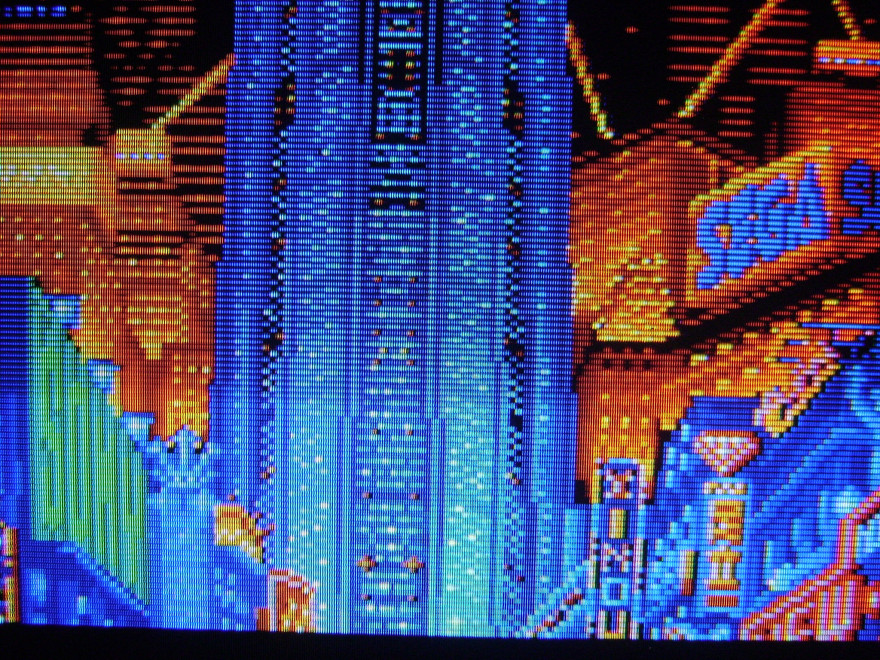 “Scanline screenshot thread. Because 240p is all the p’s I need.”

Thus begins NeoGAFfer Peltz’s thread devoted to capturing pre-HD games using pre-HD equipment. Now at 6 pages and over 250 posts, scanning through is a coffee-break-long crash course in the ongoing defetishization of high-definition equipment and resolution.

Like learning German to read Nietzsche’s pure, unfiltered thoughts, this can all seem a bit ridiculous: finding beefy old cathode-ray-tube TVs and RGB cables in order to play games at a significantly less crisp image quality. But—like, say, learning German to read Nietzsche’s pure, unfiltered thoughts—it’s hard to argue with the logic that this is the way the games’ original artists intended them to be viewed. As NeoGAF’s OP Peltz puts it: “The scanlines add dimension and texture to the image that was intended to be there and which goes away when simply viewing raw pixel art in HD without them.” Or, as our own Gareth Damian Martin put it: “That is beautiful, like an anti-Dead End Thrills.”

The thread runs the gamut, starting with Super Metroid and Street Fighter and moving out through Chrono Cross, Snatcher, a whole lot of Castlevania, and so on. (Be forewarned that, as with most forum threads, the language and humor is occasionally puerile.) When you’re done there, continue exploring the beauties of standard-defnition in our articles on this vintage “television for gamers” and the resolution wars over Silent Hill 2.