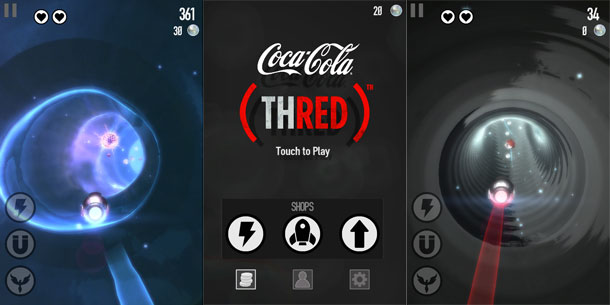 A new iOS game was created with the purpose of both educating and raising money for HIV prevention. The game is called THRED and is born from a partnership between Coca-Cola and RED, the latter being a company which tries to reduce the prevalence of HIV in the style of the “pink” movement to fight breast cancer. At Gamasutra, a designer of the game spoke about the implications of a game as means of fundraising:

Lee Perry, president and designer at BitMonster (and former Gears of War gameplay designer) explained why Coca-Cola opted for this approach. “One major limitation with things like print or TV campaigns for an issue is that they’re inherently passive,” he said. “You can provide loads of information to someone, but they’re not enabled to do anything that could make a difference right that second.

“With games you’ve got the definitively interactive media to benefit from, players can actually do something right then, both from an awareness driving perspective as well as a financial perspective.”

Not only do you have an interactive and engaging form of instruction, but you are accessing the game on a device that can let you instantly donate money. It’s the perfect platform for small scale fundraising, and the game isn’t half bad.