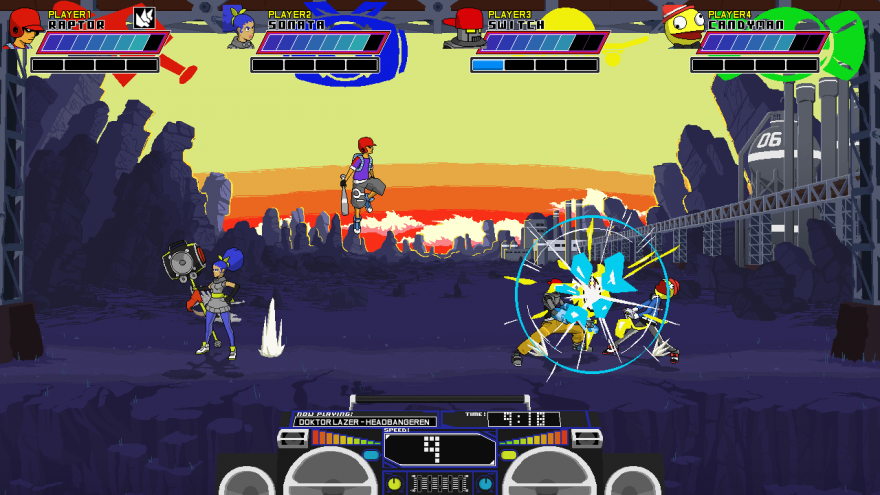 BoxPop is a deceptively simple game that hinges on the L-shaped movement patterns of the knight in chess. Pop as many candy-colored boxes as possible using only that irregular little hook-move, all while inscribing line-by-line a pattern called a “knight’s tour.” In the tradition of the best mobile games, it’ll eat up an hour of your time while looking stylishly abstract.

There are few things as pleasurable as watching a ball soar through the air after you’ve hit it. This is especially true when said ball meets your opponent’s face. With a diverse group of players (a cargo-pants-clad robot and a mutated human, for example) and sweet Daft Punk-esque music, Lethal League is perpetual motion of swing and hit, swing and hit, until you miss, and your rival’s laughing at the new welt on your forehead.

Perfect for: Stickball fans, baseball fans, kids that hated having to stop baseball games to wait for passing cars

Playtime: However long it takes you to knock the daylights out of your opponent.

Deja vu! Initially born from the fiery tempest of game jam, Super Time Force Ultra is the time-traveling cousin of Contra that doesn’t take itself too seriously. How not-seriously? Enough that the game encourages you to die, rewind time, and fight alongside your former life in order to double down on your bullet-spewing ability. Useful for taking down a boss or just spewing glowing future bullets. Now on Steam with some new Valve-inspired characters.