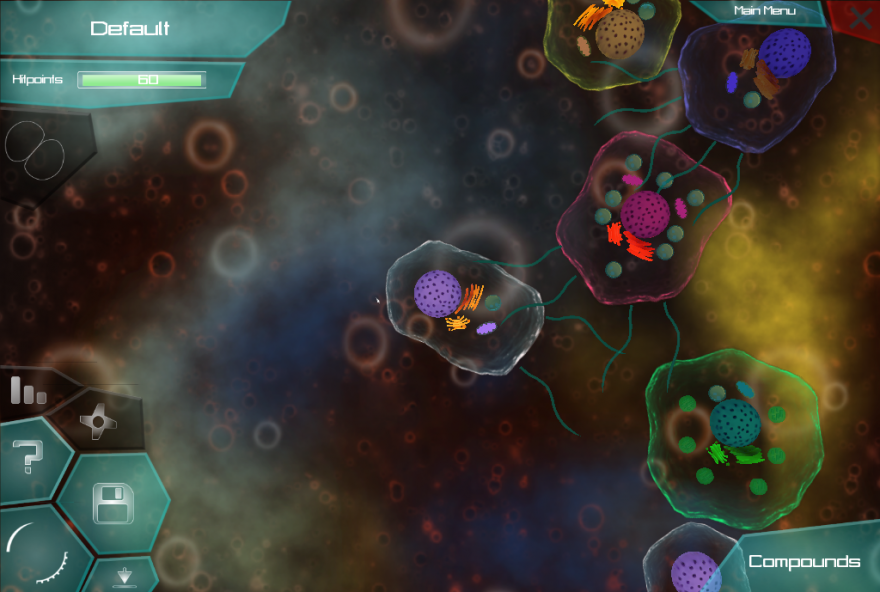 In 2005, when the initial tech demo for Spore (2008) came out, players salivated. Here was a realistic life simulator letting you shape and follow the evolution of a universe—from a creature’s humble beginnings in its cellular stage to galactic exploration and colonization. As with Powers of Ten, the 1977 documentary that inspired the game, Spore promised to let players experience the vastness and interconnected nature of the universe.

When the game was finally released in 2008, those who clamored for realism were left disappointed. The game shifted away from its “scientifically accurate” nature instead favoring a more simplified and “cute” approach. The resulting disappointment would bore the seeds to Thrive, an open-source spiritual successor to Spore, but one that tries to “remain as accurate as possible in [its] depiction of known scientific theory.”

Recently, the all-volunteer development team at Revolutionary Games released the latest demo of the game. Hoping to simulate the evolution of life through seven stages (from microbe to the space stage), the demo shows a glimpse of the team’s potential in turning Thrive into a fully-fledged simulator. Take note, though: the game is still very much a work in progress. Out of the planned seven stages, only the first microbe stage is playable.


Here, the stage plays like a survival game where you scavenge for compounds that can help your cell survive. Other AI-controlled cells also threaten you as they compete for the same compounds as your cell (with some cells even killing you). Another included feature is a microbe editor where you use “mutation points” to shape or add cell functions via organelles like cytoplasms or vacuoles.

Understandably, for a game still in development, Thrive is still trying to find the right balance between its “love for science and [its] love for games.” The creators weren’t kidding when they said they wanted it to be scientifically accurate. In its current state, the game feels like being dropped into an open-book biology pop-quiz: there’s a lot of information there, but at times you don’t exactly know what to do or how to succeed. While the game does have a long way to go before it’s done, it is commendable what the volunteer-driven team has built up since they first started.

In development since 2009, Thrive has had a rocky history due to its open-source nature where “contributions can come from anyone.” The game’s progress has been glacial at times because of its dependency on the whims, availability, and skills of its volunteers. The greatest challenge they’ve had over the years is trying to have a self-sustaining community, one that could bounce back from a loss of any critical contributor (given that anyone can come and go as they please). Asked what keeps them going, some say they’re driven by the “hard and interesting problems” while others joke the experience of making the game is like having Stockholm syndrome where “we’ve been struggling with this thing for so long, we think we like it.”

Looking towards the future, the team hopes to change the game’s interface, add new elements like bacteria, and overhaul the reproduction system among other things. At this point, they estimate they are only about eight percent done from what they think the game can eventually become. With recent years bringing in a slew of volunteers, a lot of them are “committed to making sure the project is a success.” While the game’s latest release show only a tiny glimpse of the full game, the team hopes it’ll encourage new people to join their community and help the game thrive.

Thrive is currently in development. If you want to help make the game, get involved here. The game’s latest demo is playable on Windows and Linux. Follow the game’s progress on its website, Twitter, or Facebook.