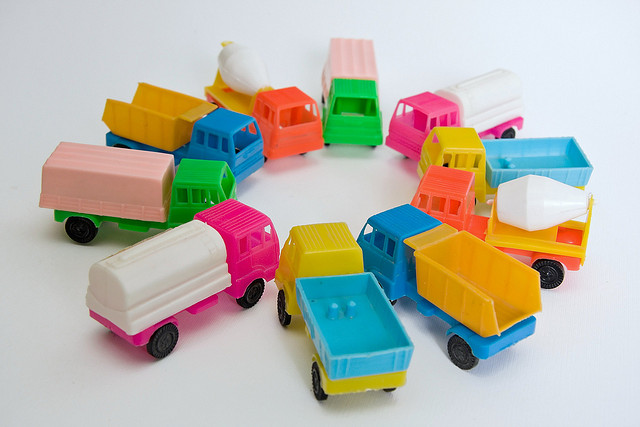 Not long ago, I wrote about the science behind one of the world’s first truly bionic limbs – and imagined the use of the miraculous tech for gameplay purposes. The allure of being able to control a game – or have one’s emotional state be an actual variable in gameplay – is fascinating and intoxicating, and one new Kickstarter project is already lined up to make good on it.

Throw Trucks With Your Mind is a multiplayer-focused game where you … wait for it … throw trucks with your mind! No, seriously! Using your brainwaves, you unleash your psychokinetic powers on other players. No guns. No gimmicks. Just concentration, your brain, and psychic awesomeness. The game uses first-person shooter controls, but it’s not a first-person shooter. You’ll fight entirely through NeuroSky’s MindWave headset peripheral that reads the electrical activity of your brain. Your weapon is the world around you and the various psychic manipulations you can perform on it to clobber others.  There will be single-player training scenarios to teach you everything you need to know about the multiplayer, which is the main focus of the game.

I knew this was possible, technically – but readily commercially available? Wow.

Setting aside for a moment that this is one of the coolest-ever ideas for a tech demo, I do wonder how interesting the gameplay will be. The actual “game” sounds simple – and I could imagine the mind-blowing effects of the interface paling after awhile if the mechanics don’t allow for some depth.

I will make Builder Mode, where you will be able to spawn objects in a level, not unlike Garry’s Mod, move them around with your mind, and weld them together with your willpower. This will work in multiplayer.

Now this is a mind-blowing concept.

Making levels and worlds using only your brain – that’s some force-power telekinesis-style excitement.

Lat Ware and team are a solid quarter way to their 40k goal with 27 days to go, so this could very well come to fruition. If nothing else, the project is an incredible first step towards a new era of interface design. As with the bionic limb tech – the possibilities for this are truly endless.