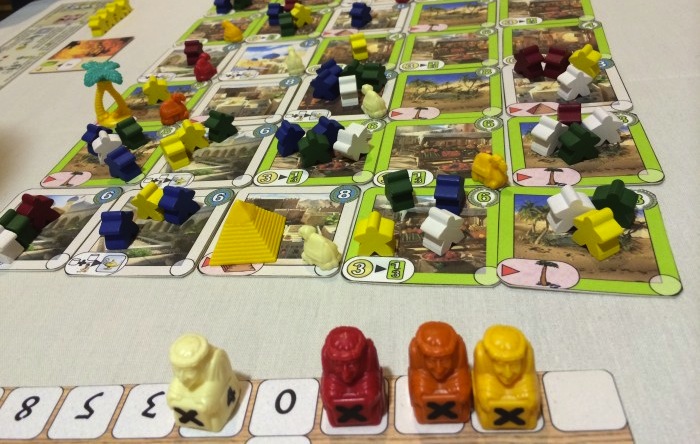 Other people’s meeples—those famous, multicolored, wooden board game pieces—have a bad habit of claiming the territory you have your eye on. It can get annoying. So for his Five Tribes, designer Bruno Cathala decided to design a meeple displacement system to help on your path to becoming the dominant tribe in his new Arabian Nights-themed game.

The rules for this sophisticated, “big box,” Euro-style game get fairly complicated, so I’ve included a video where Cathala explains. But for the layperson, just think cards, palm trees, and political intrigue.

This one is coming from an esteemed designer in Cathala, who’s known for making tough-to-crack strategic board games like Shadows over Camelot. And it’s being released by Days of Wonder, best known as publisher of the board-game-of-the-forever Ticket to Ride. So we have high hopes.

Image via Euro Board Game Blog