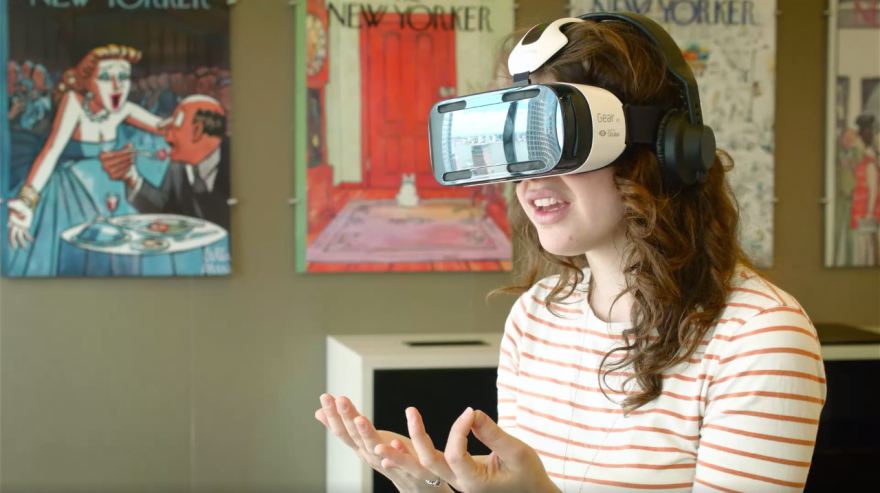 Watching traditional media outlets like Time scramble to try and wrap their minds around something like virtual reality is, well, kinda adorable. Don’t get me wrong: for all the patronizing smugness we feel about knowing a bit more about emerging technologies (since we’re, you know, a videogame arts and culture website after all), we tip our hats to the history-makers over at more traditional publications like Time and The New Yorker.

But as the Internet found out last August following Time‘s release of their big virtual reality cover story, there’s some fun to be had here. Because who could not laugh at anyone who thought a picture of Oculus Rift inventor Palmer Luckey delicately taking an invisible (presumably virtual) shit on a sandy (clearly virtual) beach would perfectly encapsulate the future of virtual reality? Even Time, who aren’t at their first rodeo in terms of public relations, knew it was best to get in front of the bonanza by publishing a meme roundup of its own failure.

won’t anyone think of the Harvard graduates?!

But the solution here is not to simply erect an impassible line between print journalism and cutting-edge technology. We should not reverse-ivory tower the good graduates of Harvard and Yale because, after all, aren’t these technologies meant to be shared by everyone? Even the academic and intellectual elite (won’t anyone think of the Harvard graduates?!). Well, as The New Yorker demonstrated in peak New Yorker fashion, traditional media can have its credibility and eat technology too! In a glorious virtual reality parody video, which pokes fun at everyone from over-zealous tech outlets to traditional publications who literally have no idea what they’re doing, The New Yorker managed to dance back and forth across that barrier without skipping a beat or losing even a decimal of class.

Watch this on The Scene.

You see, The New Yorker knew it wasn’t going to win over either its tech audience or its “still buying print copies because what is a computer” audience by doing a traditional Future of VR cover story. So, instead of meeting on technology’s terms, the magazine met technology with its own unique brand of self-serious irony. You know, the kind of ironic humor that everyone laughs at because they’re not sure if they’re in on the joke or actually the joke itself.

In the video, The New Yorker‘s “Director of Innovative Technology” David Gimmler expounds the game-changing technology that brought this mind-blowing virtual reality app into fruition. Over various clips of slack jawed beta testers—who coincidentally share a strong resemblance to the white guys wearin’ Oculus tumblr—Gimmler’s voiceover uses the typical techno-babble we’ve come to expect from overly optimistic gadget presentations. The video is not above making fun of its own creators, either, addressing the oft-cited clash between long-winded print media and our inevitable digital wasteland of VR headsets.

As someone who’s been (almost literally) force fed virtual reality presentations over the past few years, The New Yorker’s video strikes a particularly salient note with me. It’s all there: the creator’s self-satisfied smirk, PR tag lines that heavily imply spending money makes you more intelligent and/or capable (“Reading Just Got Smarter”), aspirational Kickstarter background music, rhetorical questions that seemingly answer themselves but actually don’t at all (“why read a magazine with your hands when you can read a magazine with your whole head?”). There’s even an unnecessary dash between virtual and reality in their app’s name, making you wonder if The New Yorker is just that detail oriented, or secretly faking how not out of touch they are.

Also, if you’re interested in VR coverage that is both not a picture of Palmer Luckey defecating nor an ironic parody video, you might try perusing some titles at the bottom of this page.